A few years ago, I ran a Mighty Protectors role-playing campaign titled United Dystopia of America. In this campaign, the Lehman Brothers financial meltdown of 2008-2009 led to a worldwide depression, with the U.S. being especially hard-hit. Unemployment reached 35%, crime became a gigantic problem, and the government became fascistic in its response to the crisis.

A very unsavory man was elected president of the United States, and with sweeping new laws, and no real opposition from Congress, he quickly turned the once mighty American democracy into something of a 3rd world hell-hole. A private security firm, Black Sun Worldwide, was paid billions of dollars to enforce some of the new draconian laws, and its jack-booted mercenaries became widely despised.

The players’ characters are the heroes of the campaign. They are a rag-tag group of vigilantes, doing what they can to fight the government, crime, and injustice in general.

One of these heroes was a Luchadora, code-named the Fiesty Cholita, and played by Talzhemir.

United Dystopia of America is Copyright by B.K. Adams

Feisty Cholita (character and artwork) are Copyright 2017 by Talzhemir 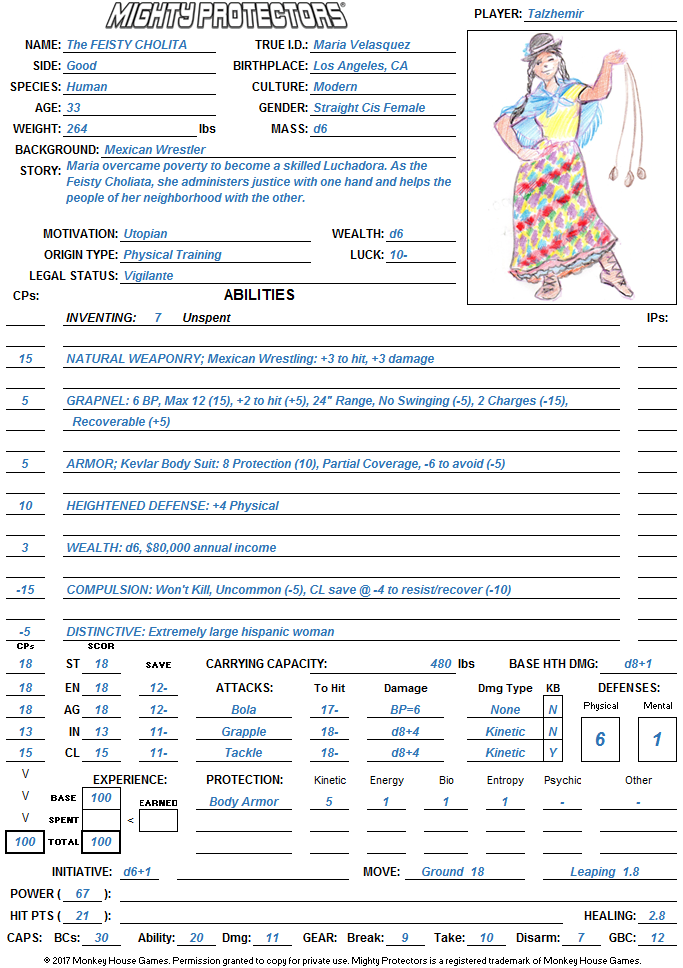