In the United Dysptopia of America, crime is rampant, and Benjamin Wang’s family has suffered. He became the “Chainfist,” a masked vigilante who fights against the gang members and criminals terrorizing his neighborhood. When government agents arrested his parents on immigration grounds, he took over running the family martial arts dojo. The character portrait is by an unknown artist and is used without permission by it’s creator.

Chainfist is Copyright by Zach Adams. 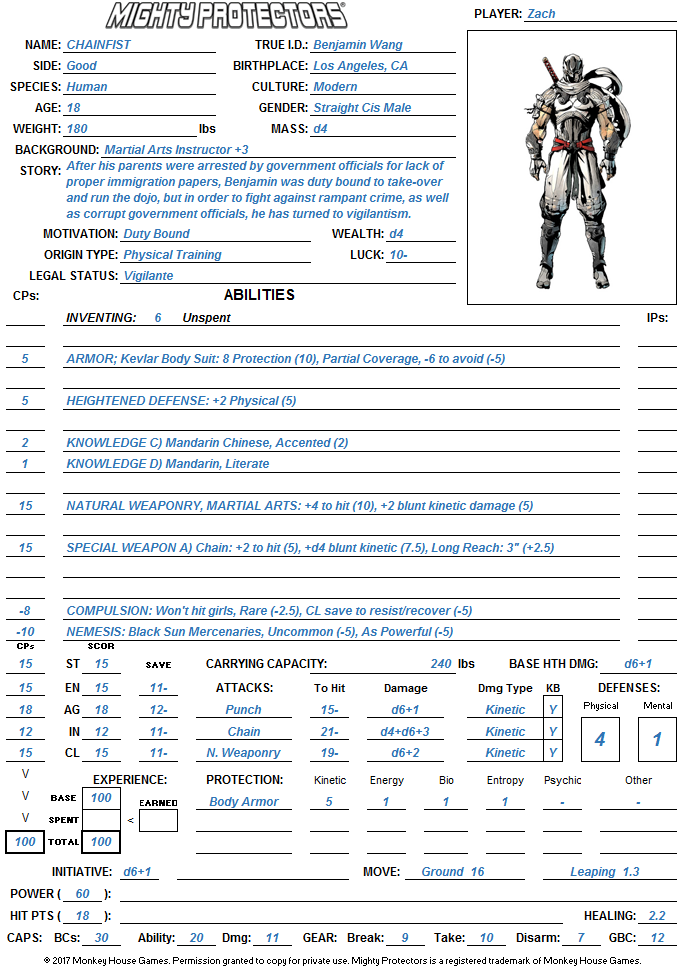