Storm is another player-character in my Kick-Ass inspired campaign of a future dystopian America.

Kat van DeGraf, Storm’s secret ID, is a Private Detective who owns her own business. She should probably have a Base for that, but this campaign was run before the Base rules were implemented.

Storm’s favorite combat tactic is to use her Ambidexterity to fire both of her machine pistols, taking a -1 to hit with each one (see section 4.14.11 of the MP rules on two weapon combat). Copyright 2017 by Bruce Adams. 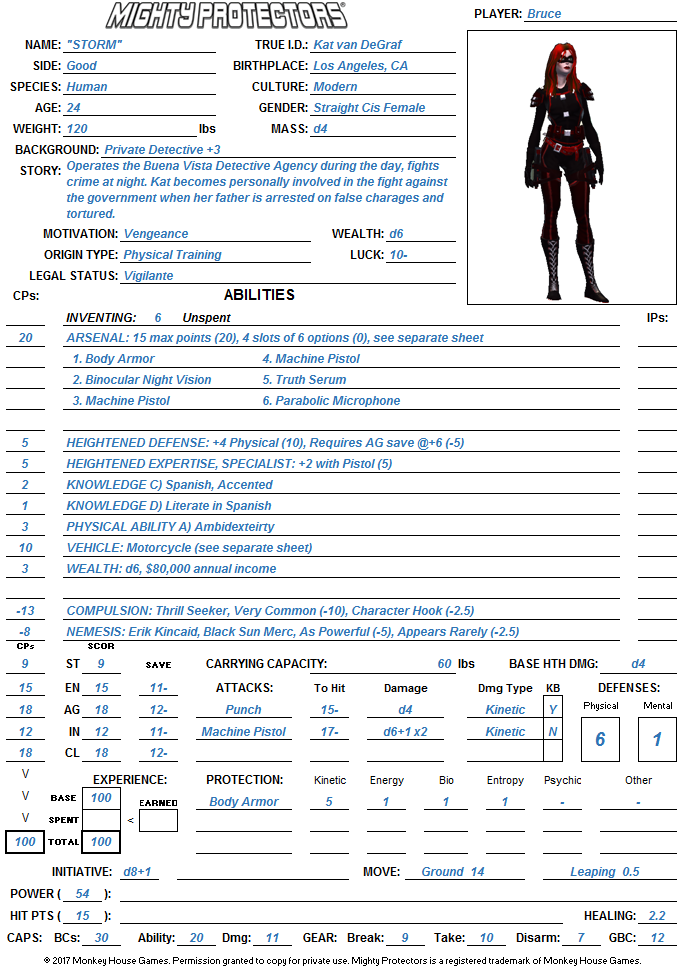 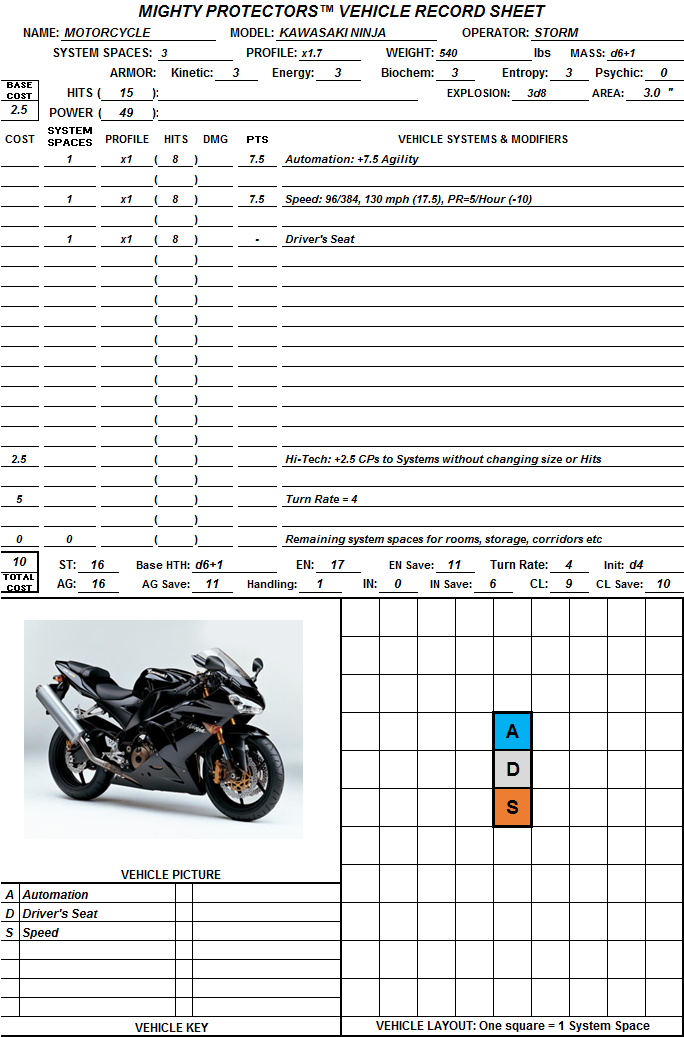