Deadeye is a character that I created for my brother’s 1940’s superhero campaign; I’ve converted him over to Mighty Protectors.

Mordecai was killed by hoodlums on the orders of a major Mob boss who didn’t like the fact that his girl was hanging out with the “private eye.”

As a private detective in the New York City area, Mordecai had done some things that were not so great, and his soul went to Hell. But Satan decided he could use a man like Mordecai, and he was given special abilities and returned to the living to enact Satan’s will.

He is now Deadeye, a fearsome vigilante whose sole goal is the elimination of evil men.

Desmond “Duke” Tyler is an African-American mechanic who repaired vehicles during WW I. After a German artillery round exploded at the motor pool, Mordecai carried Desmond’s body to the nearest field hospital, a mile away, saving his life.

The two have been close ever since that day, and Duke was the first person the resurrected Mordecai visited. Desmond drives Deadeye to wherever he needs to go, and he doesn’t ask questions. 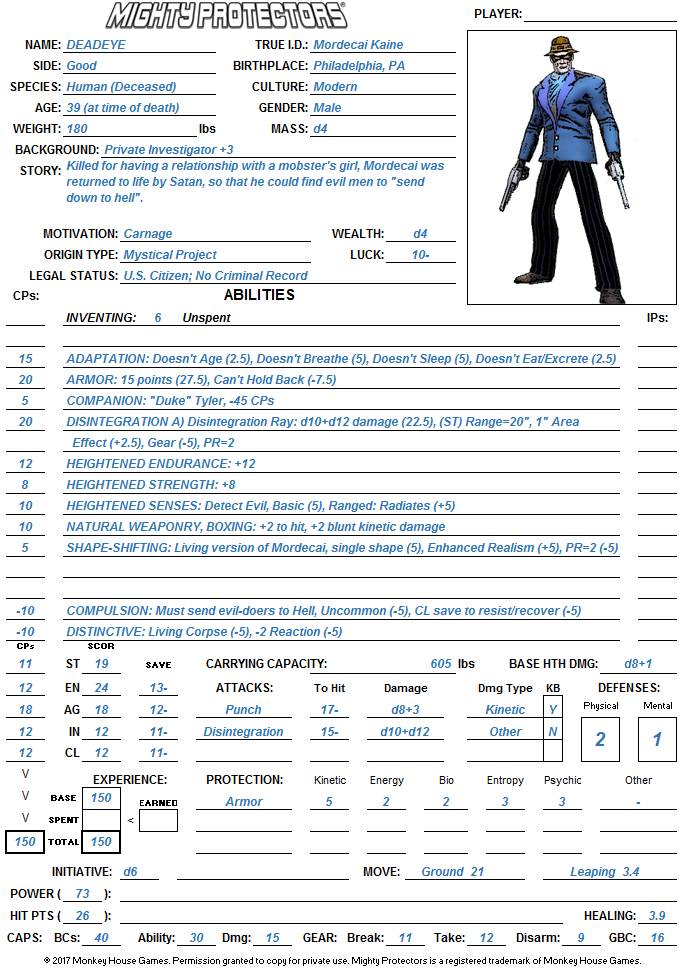 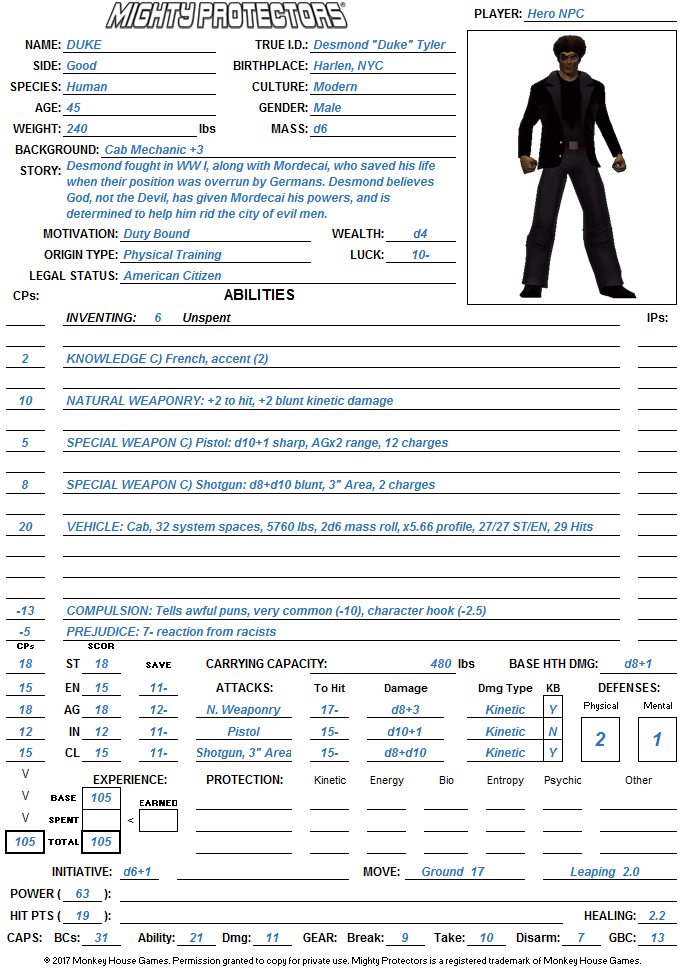