Here’s my take on the Silver Age version of the Puppet Master, one of the Fantastic Four’s oldest foes.

In order to model his unique ability of controlling others using miniature sculptures of radioactive clay, I had to break the Ability cap.

His ability to control others is a convoluted process with the following steps:

If you want Puppet Master to be able to control more than one person at a time, use the Multitudes modifier. The multiples represent potential clay  miniatures used to control victims (see chart below): 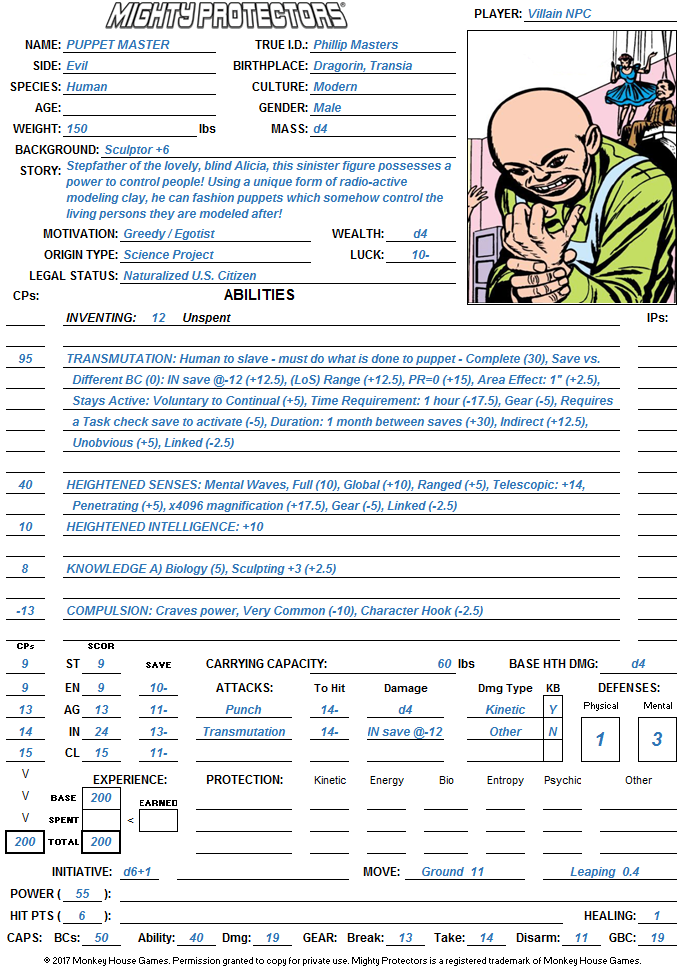 Puppet Master is a trademark owned by Marvel Entertainment.