In Fantastic Four #18, the Super-Skrull makes his first appearance. The Silver Age version is a bit different than later versions, but he’s still a tough foe for the FF.

“During their first encounter, the Super-Skrull keeps the Fantastic Four at bay and forces them to run away. Mr. Fantastic senses that *Kl’rt’s powers are augmented by an energy beam from the Skrull home world. Blocking the beam with a device placed on him by the Invisible Girl deprives Kl’rt of his new powers.” — from Wikipedia

I did not give him every ability he is shown to have in this issue. For instance, he is shown using a flame bow to fire flame arrows at the FF. It is also said that he is able to stretch 100 miles, which would be about 75 CPs in Elongation (if pushing). I did however, give him Paralysis Ray, which is similar to his secret ability of Hypnotism. 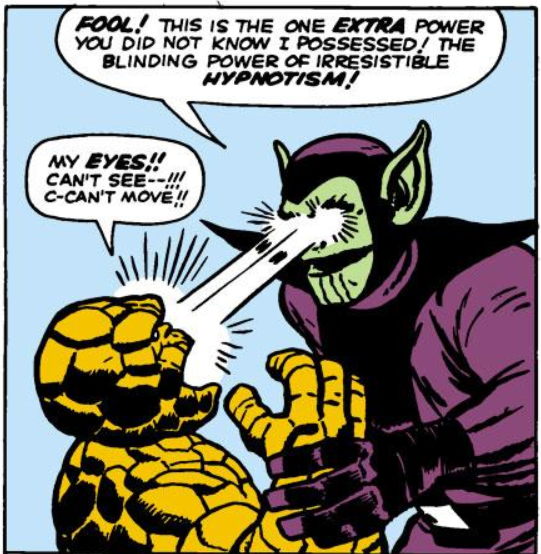 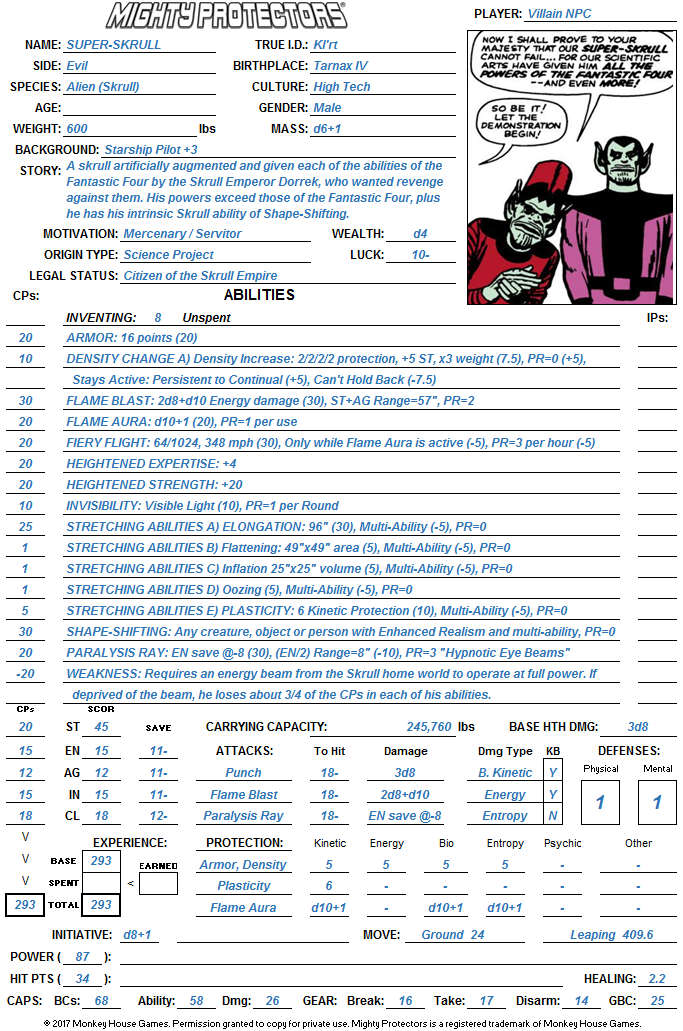 *His name is never actually given in the issue.

Fantastic Four and Super-Skrull are trademarks owned by Marvel Entertainment