Here’s my Mighty Protectors take on the Silver Age Hulk, who is the villain in Fantastic Four issues #12, #25, and #26. This early version of the Hulk is a little different than later versions: he seems to have a normal IQ, talks like a normal guy, and does not seem to have the ability to grow progressively stronger the madder he gets.

His ability to transform from Banner to the Hulk seemed to work better with Dr. Banner having the ability, since it is triggered by anger. It does, however, go over the Ability cap for his CP total. 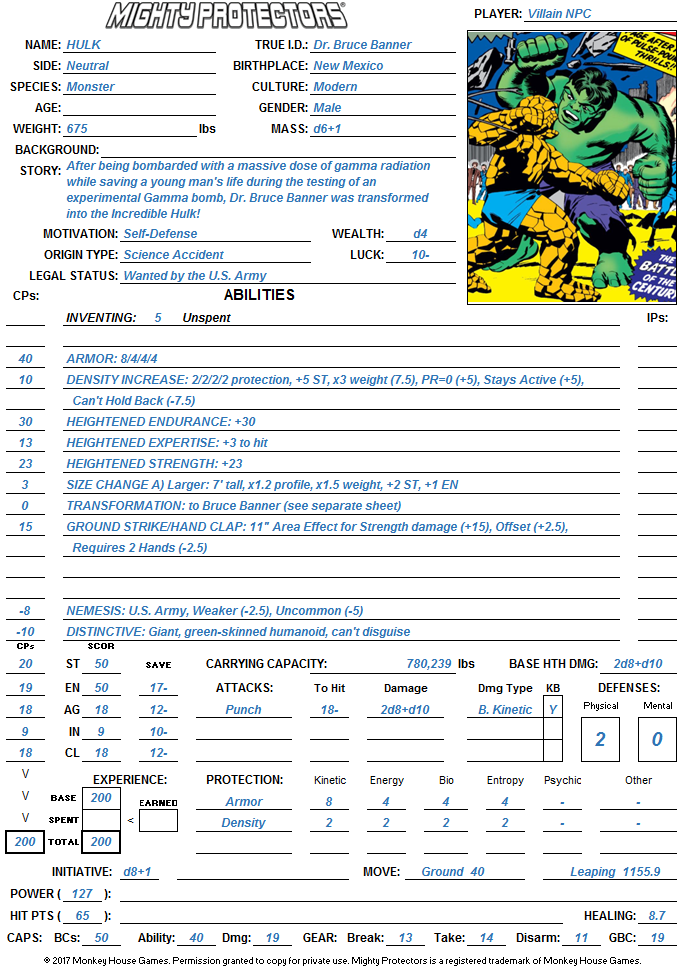 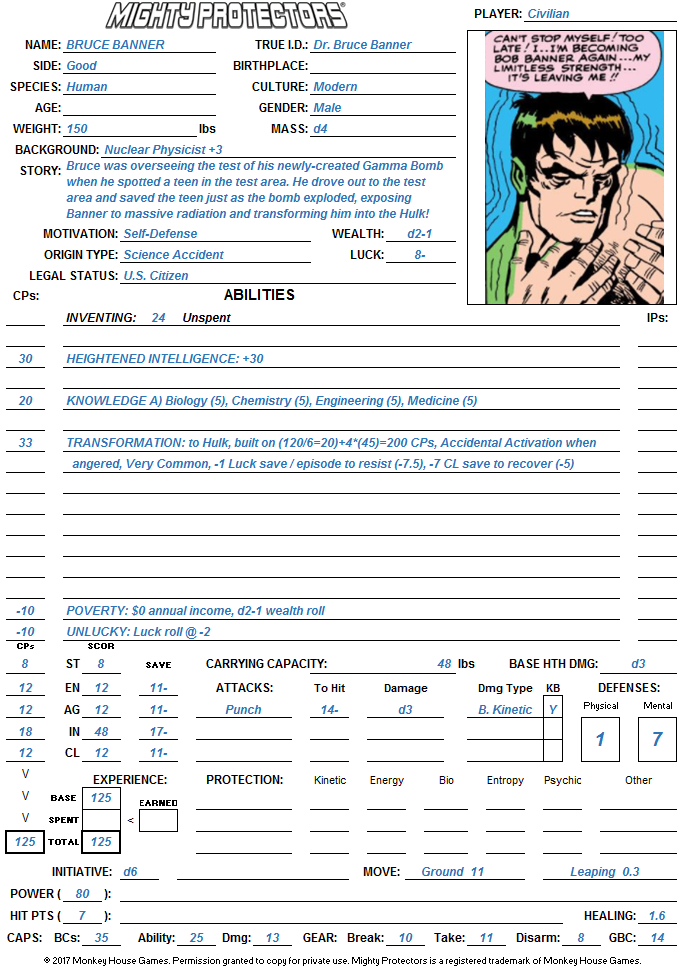 Hulk and Bruce Banner are trademarks owned by Marvel Entertainment.