Here’s my Mighty Protectors take on the silver-age version of the Iceman, the X-Men’s youngest member. This write-up is based on the first few issues of the X-Men.

Bobby is the youngest X-Man — and the most childish — and I reflected his childish personality with the Compulsion weakness. Note that his total points in weaknesses exceed 20, which is the default cap for a player character, but since he is an NPC he can get away with it.

Using his Shaping ability, Bobby often makes snowballs (either single: see below or auto-fire: as a power blast) that he throws at enemies. He also makes shields and slides made of ice. These abilities are built with the “shape abilities” modifier and are a subset of his Shaping ability, and are consequently limited to its range.

Single Snowball: weight 89 lbs, used as an “Improvised Weapon” (see MP 4.14.7). If it hits a target it does d2 for the weight and a d4 for his Strength, for a total of d2+d4 blunt kinetic. Plus, until the target wipes it off, it would do 3 entropy damage per Round. 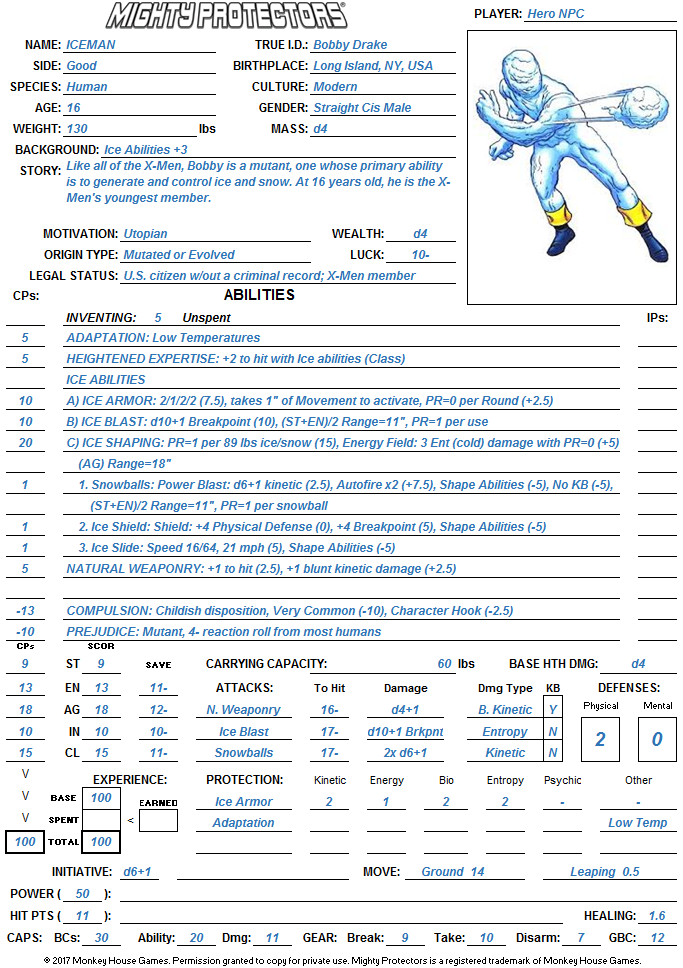 Iceman and X-Men are trademarks owned by Marvel Entertainment.