Here’s my Mighty Protectors take on the silver-age Toad, who first appears in issue #4 of the Uncanny X-Men, published in 1964.

The Toad is not exactly a world-beater villain, he’s quite literally a boot-licking toady of Magneto, who treats him with disdain.

Super-human leaping is his only obvious super-ability, but I’ve given him a few more, such as heightened agility, heightened endurance, and natural weaponry to represent his kicks.

I should point out that Kicking, like Punching, is something that any character can do (see section 4.8 of the MP rules), and that a Kick is -2 to hit but +2 damage. So, combined with his Natural Weaponry ability, his kick is: +1 to hit, and +5 damage. 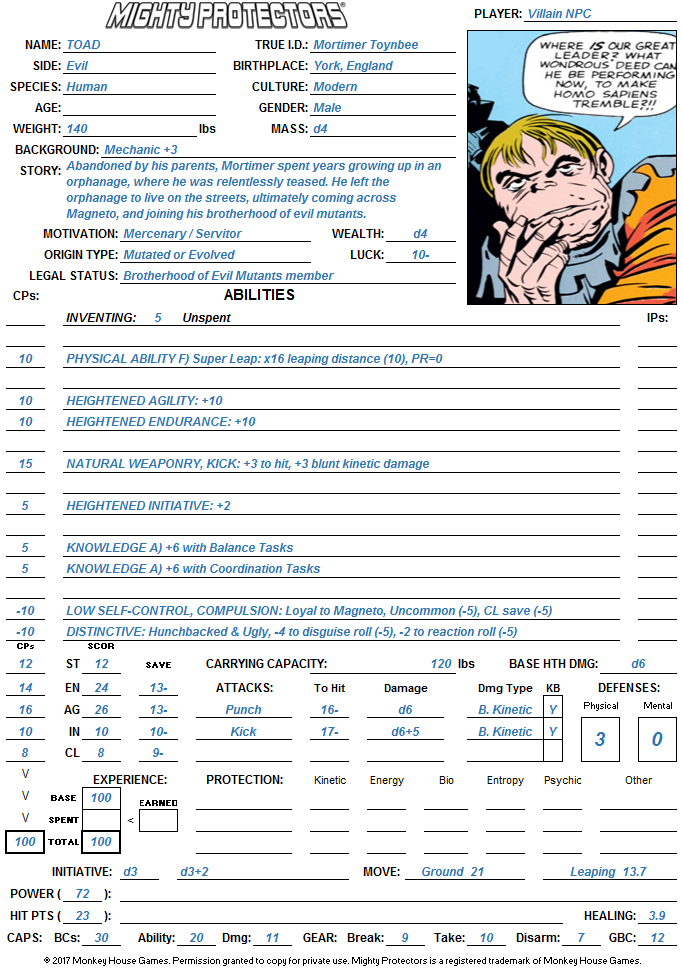 Toad and X-Men are trademarks owned by Marvel Entertainment.