Here’s my Mighty Protectors take on the villain Mastermind as he appears in the early issues of the X-Men.

He seems to have one ability: illusion projection. Because he only has this one ability, and because I tried to simulate what he does in the comics, it ends up being very expensive at 88 CPs, and is WAY over the Ability Cap.

At one point, while Magneto and his Brotherhood of Evil Mutants are attempting to take over the small South American country of Santo Marco (as depicted in X-Men issue #4), he creates an illusion of an army marching down a street. I therefore gave his Illusions a huge area effect as well as range. 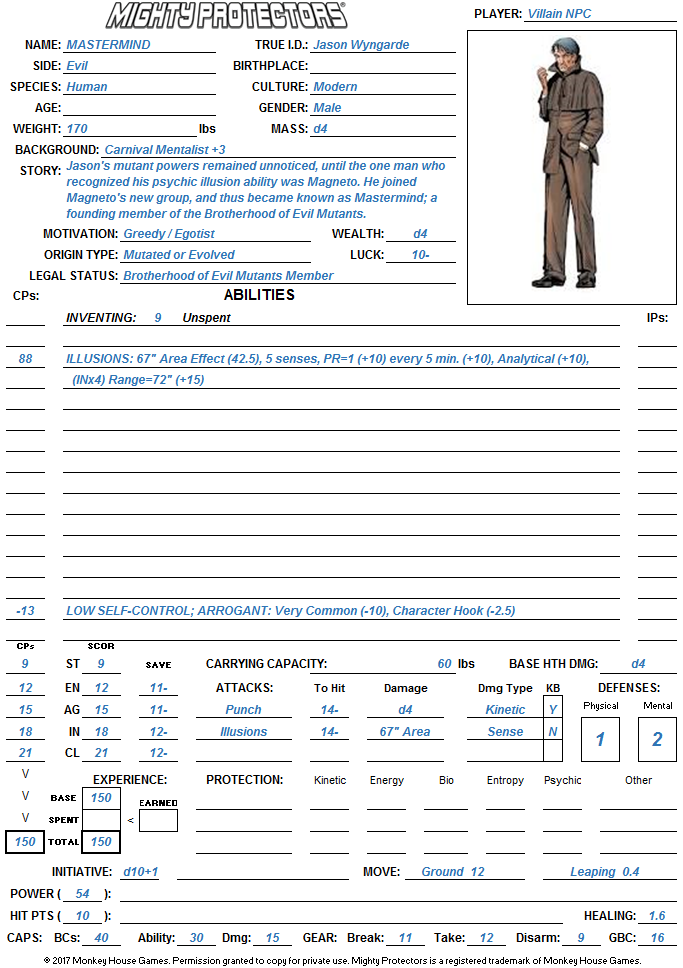 Mastermind and X-Men are trademarks owned by Marvel Entertainment.