Here are my Mighty Protector versions of Gandalf the Grey and the Balrog known as “Durin’s Bane.”

Gandalf may seem like a frail old man but he is an immensely powerful being who was sent to Middle Earth by the Valar to thwart Sauron and his dark designs. Much of his power is hidden or not obvious, or only works versus corrupted spirits.

I built his ring Narya as an arsenal. I gave it more slots than options to reflect the fact that he never has to ‘change’ the slots around.

I also built his spells as an arsenal, although I only populated a total of six out of his twelve options. Because his spell arsenal has Gear: Augmentation as a modifier, Gandalf can still cast spells without his staff, but the staff is 1 point easier to Break, Take, or Disarm (see MP p. 91). Also note that all of his spells have a PR cost. I did this because in the books Gandalf often mentions being “spent” or exhausted after using his magic.

The one thing I did not give the Balrog is Flight with the wings modifier. It is unclear in the book if the demon actually has wings or if it just looks like it has wings, due to the smoke that surrounds and obscures his form. It seems fairly obvious that if the Balrog had wings, it would have simply flown after Gandalf destroyed the bridge of Khazad-dum.

In the battle between Gandalf and the Balrog I assume that Gandalf would be using his Shield spell and the Adaptation: High Temp from Narya as defenses and his Light of Anor ability with damage that the Balrog cannot regenerate, to ultimately beat “Durin’s Bane,” although he does suffer a mortal wound and dies. 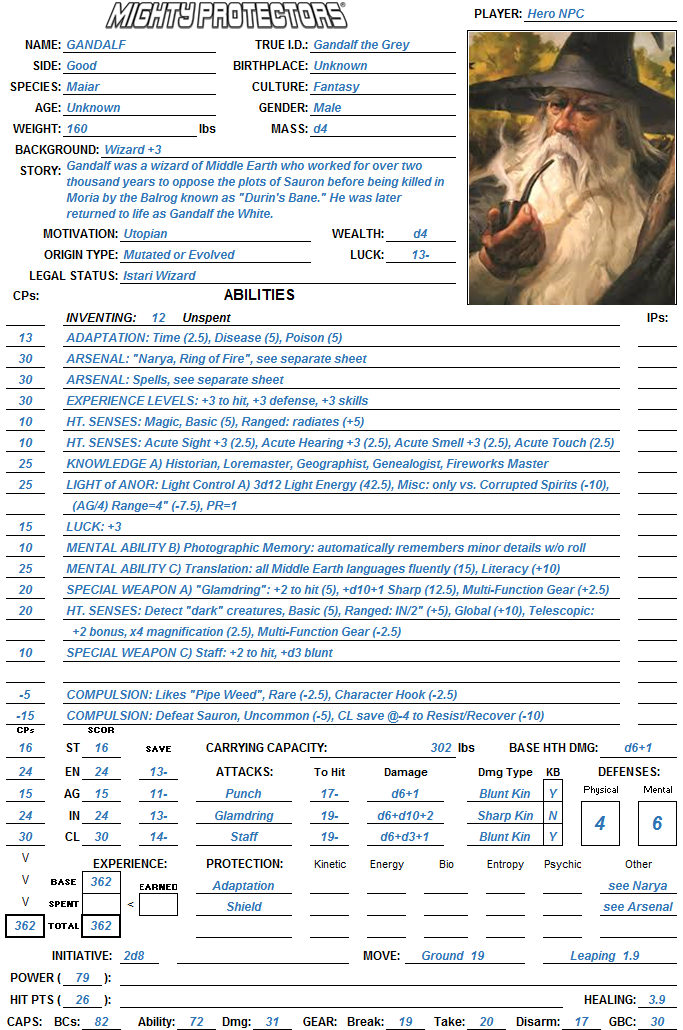 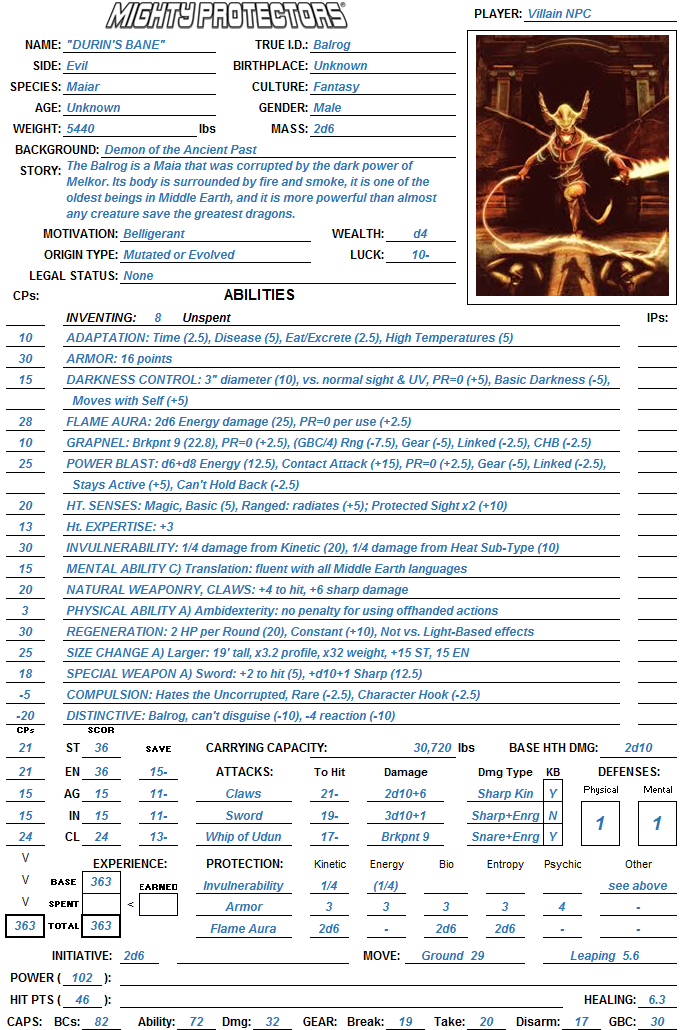 Mighty Protectors is a trademark owned by Monkeyhouse Games.

Gandalf and Balrog are trademarks owned by the Tolkien Estate.

The artwork shown here is plucked from the internet; I don’t know who the artists are.

No challenge to these trademarks is intended.