Space-X launched their Falcon Heavy rocket yesterday. It’s payload included Elon Musk’s midnight cherry red Tesla Roadster and a spacesuit-wearing mannequin named “Starman” sitting in the driver’s seat. The ‘trans-Mars insertion’ burn happened, but an error occurred, as the roadster was supposed to end up in a long orbit around both Earth and Mars. Instead, it overshot and will end up somewhere in the asteroid belt.

If you want to use the Falcon Heavy rocket as part of a Mighty Protectors adventure, you’re in luck because I’ve translated it’s stats into the vehicle rules for you!

A few notes about the write-up: 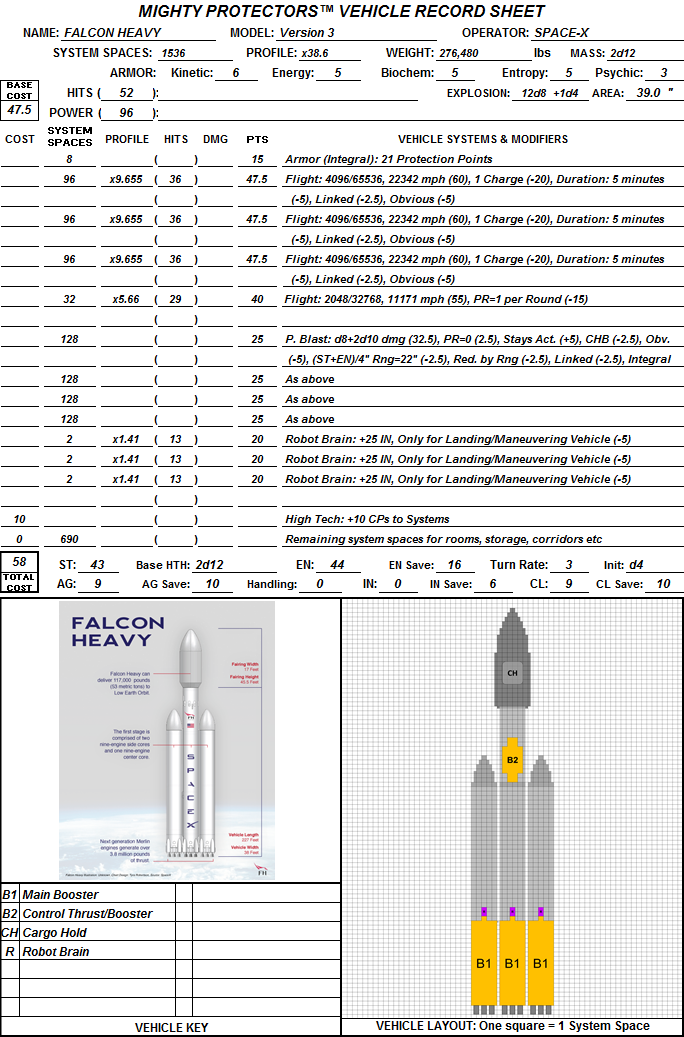