… and here’s my Mighty Protectors vehicle write-up of Elon Musk’s Tesla Roadster. Elon had his car put inside the payload of the Falcon Heavy rocket that launched on February 6th, 2018!

2-8-18 Edit: I changed this vehicle a little bit. I gave it 2.5 CPs of High Tech, lowered the Armor, and increased its Automation (Agility) score. The overall cost of 23 CPs stays the same but the car’s Power score increases by 3 points and its Handling score goes up by 1 point. 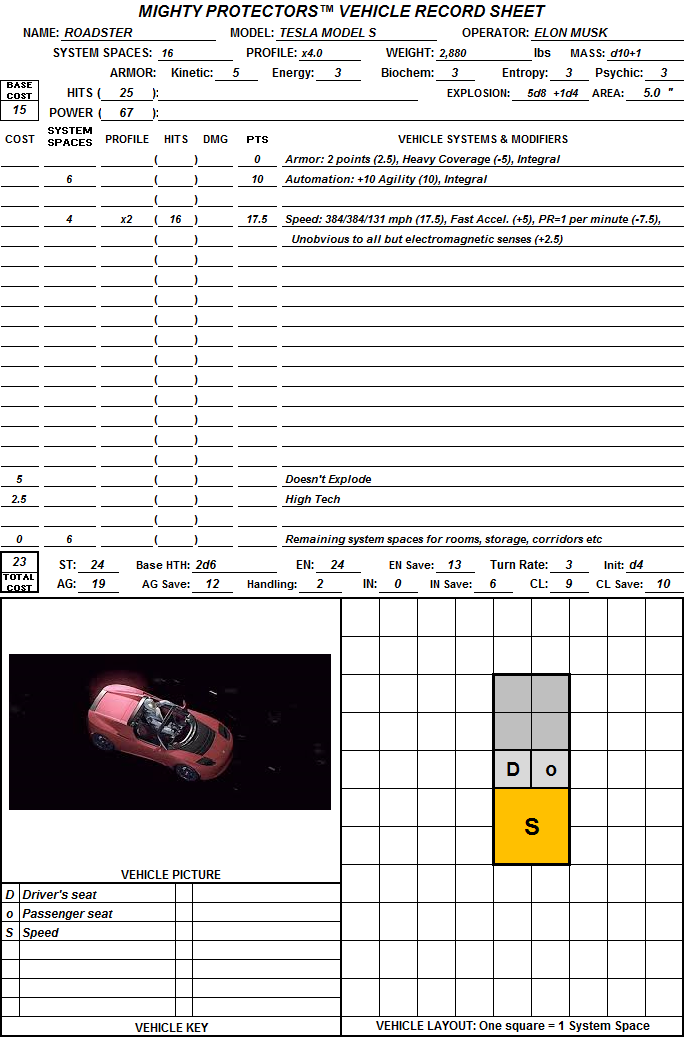