In the retroactive continuity of Roy Thomas’s All-Star Squadron, Shiera Sanders is already Hawkgirl and is also the fiancée of Carter Hall. In issue #5, she is awaiting him in Merida, Mexico. But unknown to Mr. Hall is the fact that she has been kidnapped by the Nazis and being held prisoner in a jail cell of an ancient Mayan temple, located somewhere in the Yucatan peninsula. She is to be sacrificed by Kukulkan, a supervillain in league with the Germans.

Hawkman and his fellow All-Star Squadron companions (including: Atom, Dr. Mid-Nite, Firebrand, Johnny Quick, Liberty Belle, Robotman, and Shining Knight) don their civilian identities and fly down to Mexico (on a commercial plane). Once in Merida, they quickly learn that Shiera is not at the hotel. They suspect foul-play and in a short amount of time discover the Nazi plot. They track down the location of the Mayan temple, fight against Nazi guards, but are knocked-out by the big, bad super-villain named Kukulkan.

In issue #6, the All-Stars escape from their Nazi captors and prevent Kukulkan from sacrificing Shiera, who quickly dons her Hawkgirl costume and helps her fellow heroes thwart the villains’ plans. 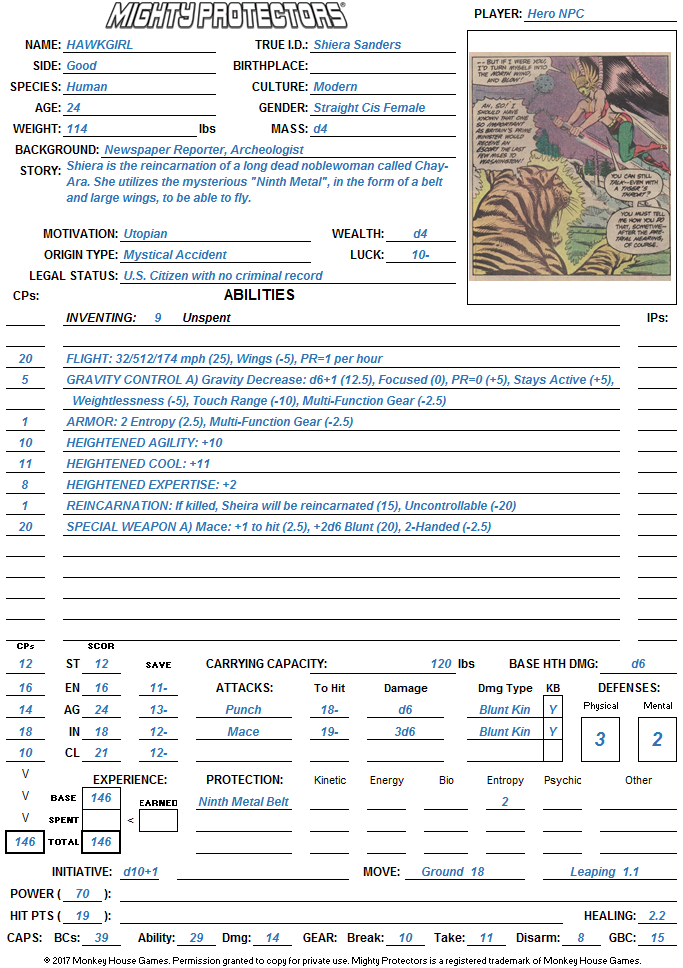 The All-Stars, triumphant in Mexico 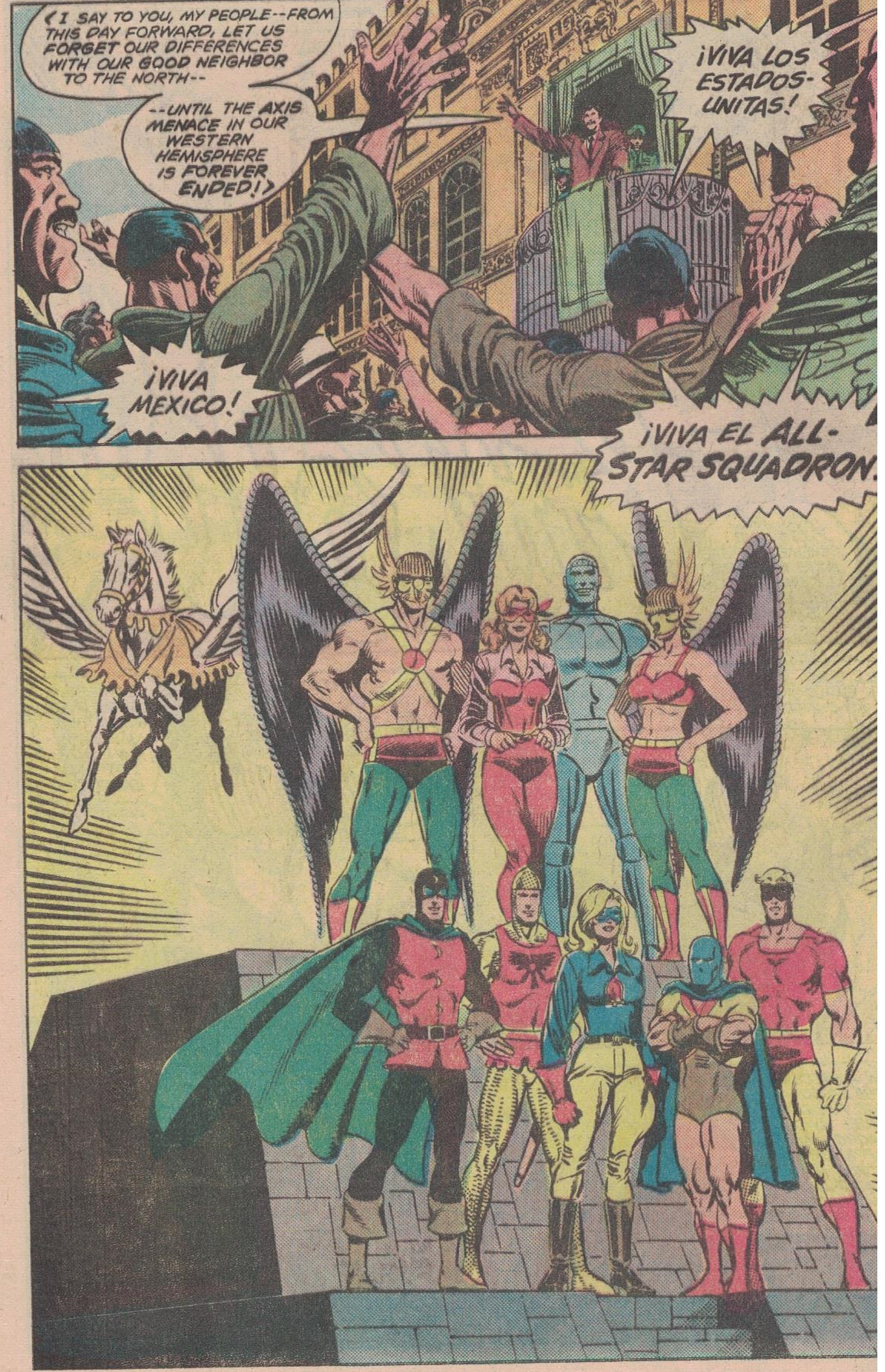 Hawkgirl and the other All-Star heroes are trademarks of DC Comics.