It is December 7th, 1941 and in issue #1 of the All-Star Squadron, the reader learns that the members of the Justice Society of America have all been defeated by the various super-powered minions of Per Degaton. The various soon-to-be All-Stars make their way to Washington, D.C. (if they aren’t already there*) because they have been summoned there by President Roosevelt.

Johnny Chambers, a.k.a. Johnny Quick, literally turns around a corner in D.C. and runs into Libby Lawrence, a.k.a. Liberty Belle. Both make their introductions to each other and then try to enter the White House grounds, only to be rebuffed by a soldier. Thwarted in their secret identities, the two heroes don their superhero costumes. Johnny Quick then picks-up Liberty Belle and uses his super-speed to run past the guards, who mistake the speedster for the Flash, and into the White House.

The two heroes go on to meet the other superheroes as well as the President who informs all of them about the Japanese attack on Pearl Harbor. He also asks all of them, except for Plastic Man, to form the All-Star Squadron. The President tells Plastic Man that he will serve as the F.B.I. liaison.

The President then asks the heroes to fly out to the West Coast, to San Francisco, and to be ready in case of another Japanese sneak attack. 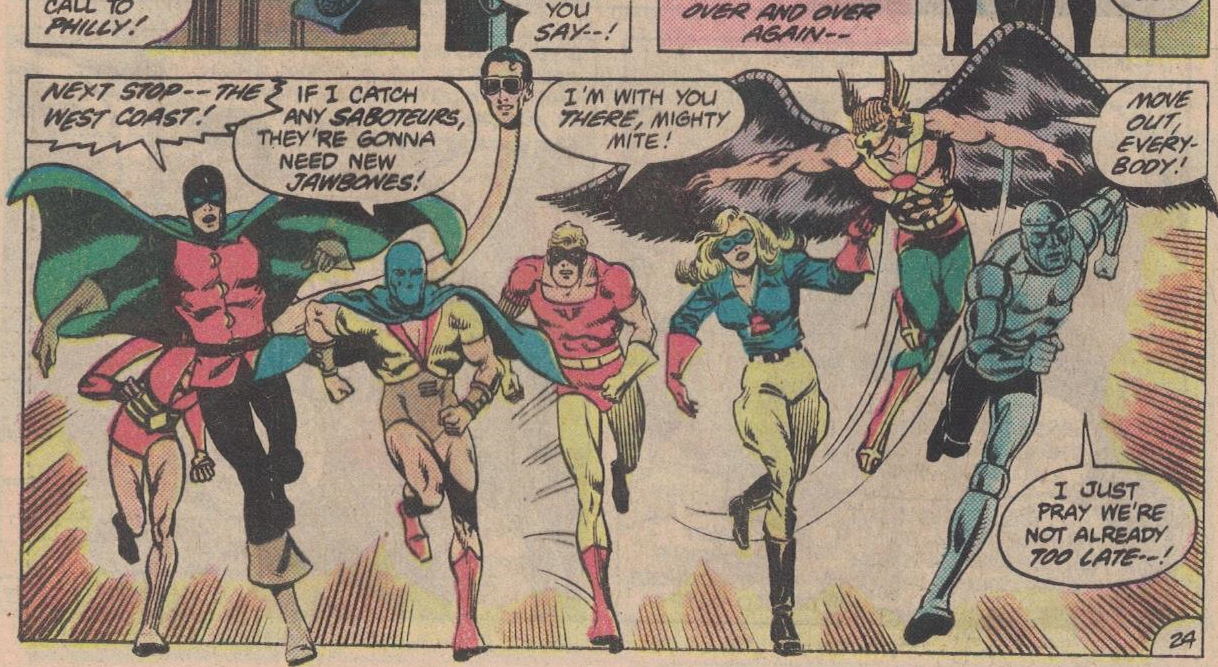 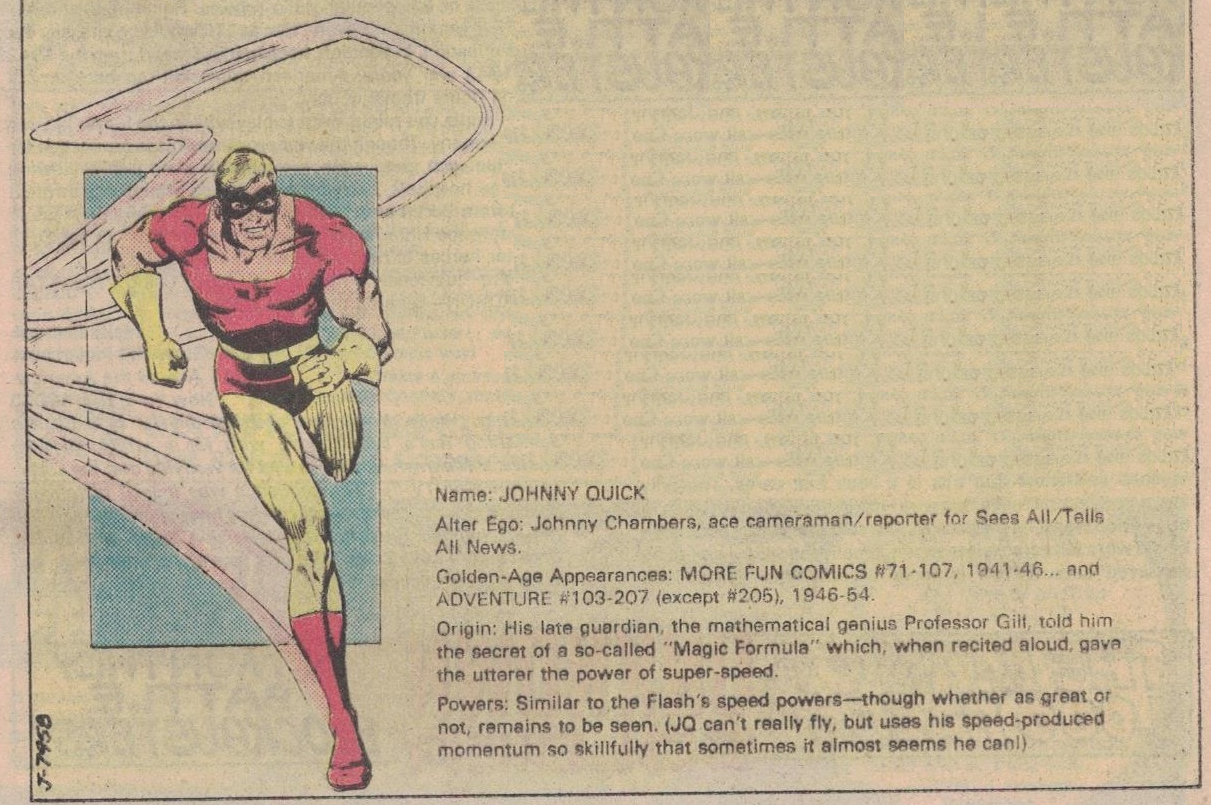 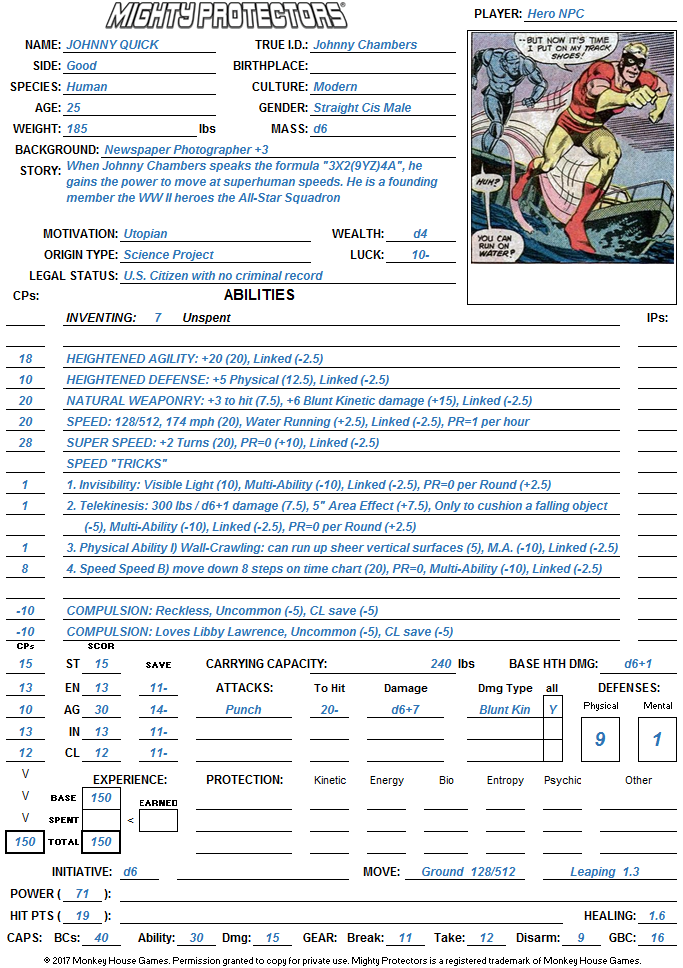 Johnny is the proto-typical speedster hero, i.e., he can run super-fast, has superhuman agility, and can perform other “tricks” using his powers. Using his Super Speed ability, his running tops out at 1536″ per Round, or about 524 mph. His various tricks include: running so fast he can’t be seen (invisibility), running up the sides of buildings (wall-crawling), creating artificial updrafts (AE TK), and the ability to do hundreds of mundane things instantaneously** — like when he repairs the crumbling Statue of Liberty or disassembles in seconds an airborne Japanese fighter plane.

*  The Atom, Dr. Mid-Nite, and Robotman are already in Washington D.C. watching a football game.