Dr. Robert Crane was a brilliant scientist who, along with his skilled assistant Chuck Grayson, had created a metallic humanoid robot and the means to transfer a living human brain into the robot’s body.

When armed hoodlums arrived at his estate they thought they could steal one or more “gadgets” that would be worth thousands. Instead, all they found was the inert body of the robot, which they thought was worthless junk. When Dr. Crane tried to stop them he was shot. The hoods quickly ran away but the damage was done and Robert Crane was dying. Chuck Grayson then hit on the idea to transfer Dr. Crane’s still-living brain into the robot.

The hoodlums, fearing that Grayson would finger them for the murder of Dr. Grayson, called the police and told them that Chuck Grayson had killed his boss. When the police showed-up, they found the lifeless, and brainless, body of Dr. Crane. Grayson feared that if he told the officers the truth about what happened they would examine the robot and possibly kill Dr. Grayson’s brain. So he said nothing and went quietly with the police who take him away.

Dr. Crane eventually wakes-up in his new robot body. After marveling at his new powers, he retrieves the newspaper from his front porch. He is shocked when he reads the headline “Young scientist Dr. Robert Crane murdered by his assistant, Chuck Grayson.”

Using his newfound super-abilities, he tracks down one of the hoodlums who shot him. He threatens to harm the thug, who eventually relents and agrees to testify. Robotman takes the hoodlum to the Governor’s mansion where he tells the truth about what happened. The Governor then agrees to pardon Chuck Grayson.

After clearing his friend’s name he decides that with his new powers he can do a great deal of good by fighting crime. He first joins the Justice Society of America and then later joins the All-Star Squadron. 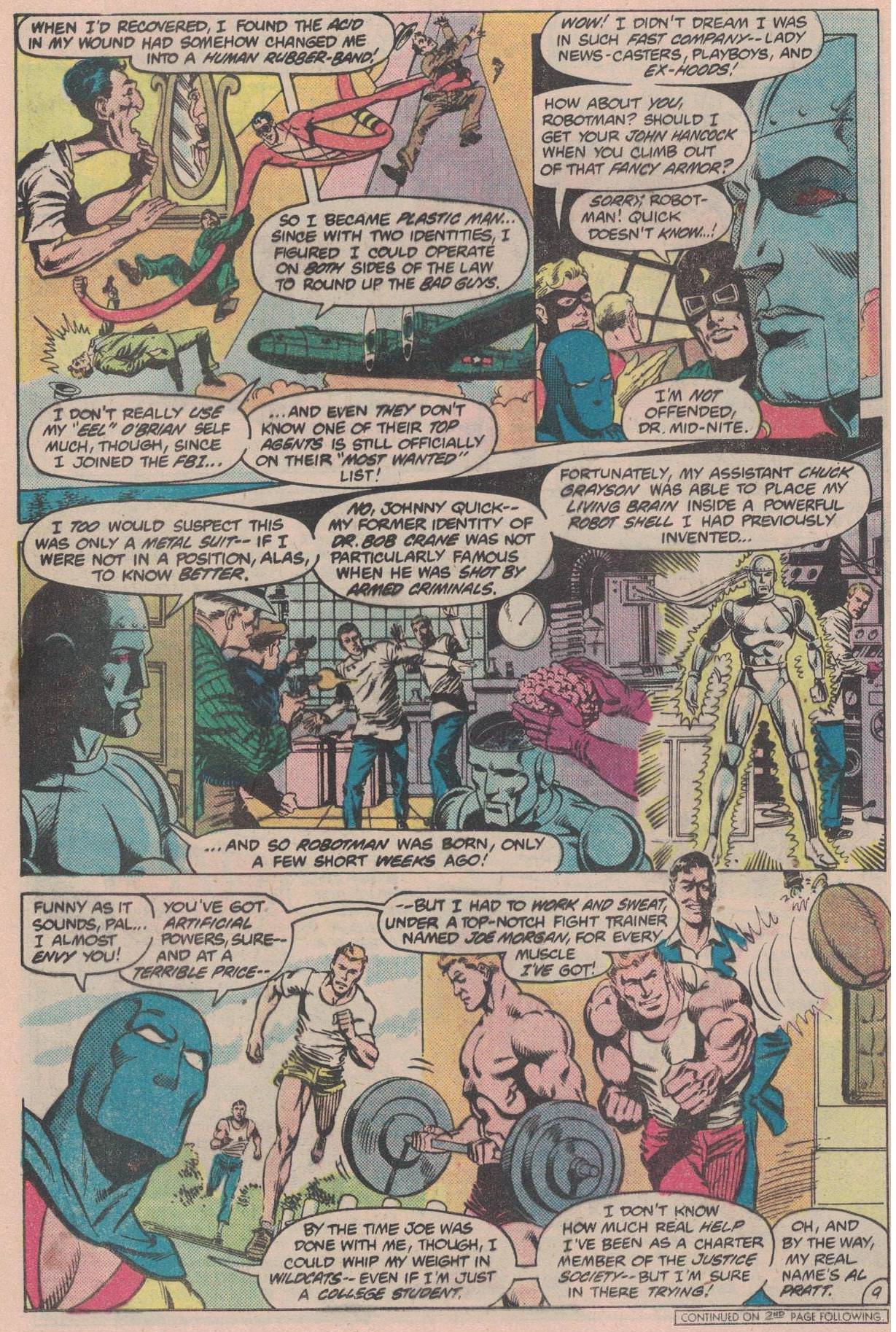 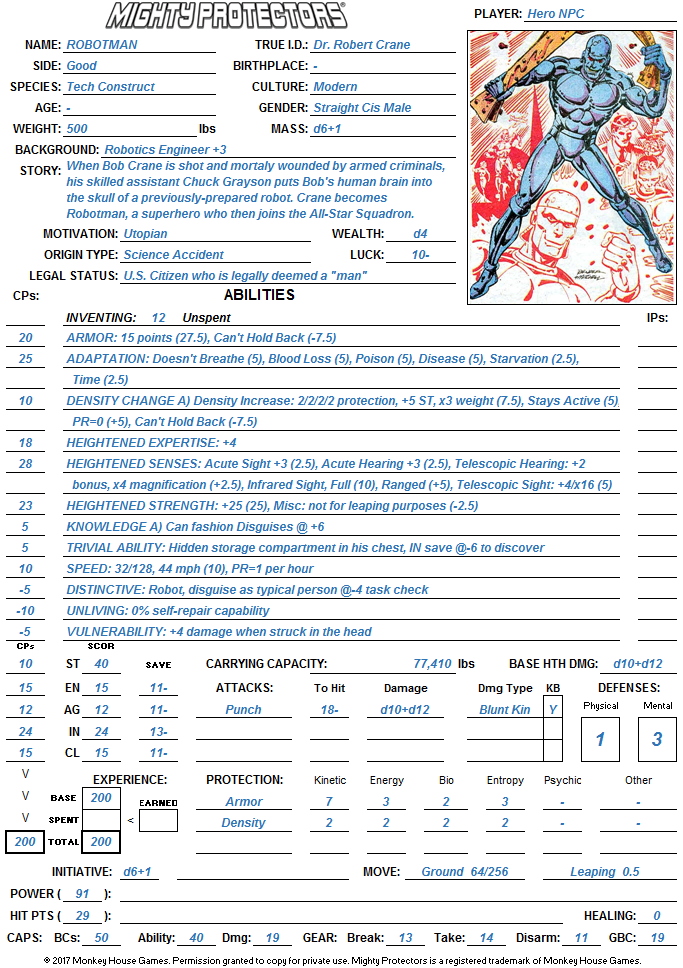 Robotman is strong (he hauls in a Nazi U-boat in one issue) but he doesn’t have super leap. He has other abilities one would attribute to a robot, such as adaptation and armor. I model his vulnerability to head strikes (due to his human brain) with the Vulnerability weakness. I model his hidden chest compartment with a made-up Trivial ability; he often hides his disguises in this space.

In his origin issue, Robotman talks about how his senses are better than human: he can hear people talking inside their cars, he can see in the infrared spectrum and at telescopic range with his “photo-electric” eyes. In an early All-Star Squadron issue, he catches up to a cab, thus the Speed ability. In the comics it is stated that he weighs 500 lbs., thus I gave him a modified version of Density Increase so that it is always on.

Lastly, Robotman is extremely good at disguising his robot frame, so good that he easily fools people into thinking that he is lawyer “Paul Dennis.” Thus, I gave him the Knowledge ability of disguise.

This Robotman is no relation to Cliff Steele of the old Doom Patrol and he also never met the Paul Dennis/Robotman of Earth-One.

Robotman is a trademark owned by DC Comics