Here’s my Bronze-Age, Mighty Protectors version of Batman and the Batmobile. I should point out that his suit and cowl have a lot of linked abilities, including: Adaptation, Armor, Communicators, Heightened Senses, and a Vox Changer, which is just an ability that I made-up. It functions like Illusions, disguising his voice so that no one can tell he’s really Bruce Wayne.

His Base includes Wayne Manor and the “Bat Cave” below it. The base would provide the necessary garages and hangar space for his Batmobile, Batcycle, Batcopter, and Bat Boat, along with his computer and crime labs.

I didn’t give Batman any additional languages, although I’m sure there are times when he is shown speaking a foreign tongue.

I should also point out something about two of the arsenal slots, the “flashbang” devices: they are linked to one another so that the two slots essentially become 1 slot, with 3 total charges. He throws one of the flashbangs and it both blinds and deafens the targets in the area diameter (assuming they fail their EN saves, ‘natch). Linking two Arsenal slots may not be technically allowed, but I felt that even if it isn’t totally kosher, it was a small price to pay to get the effect I wanted. 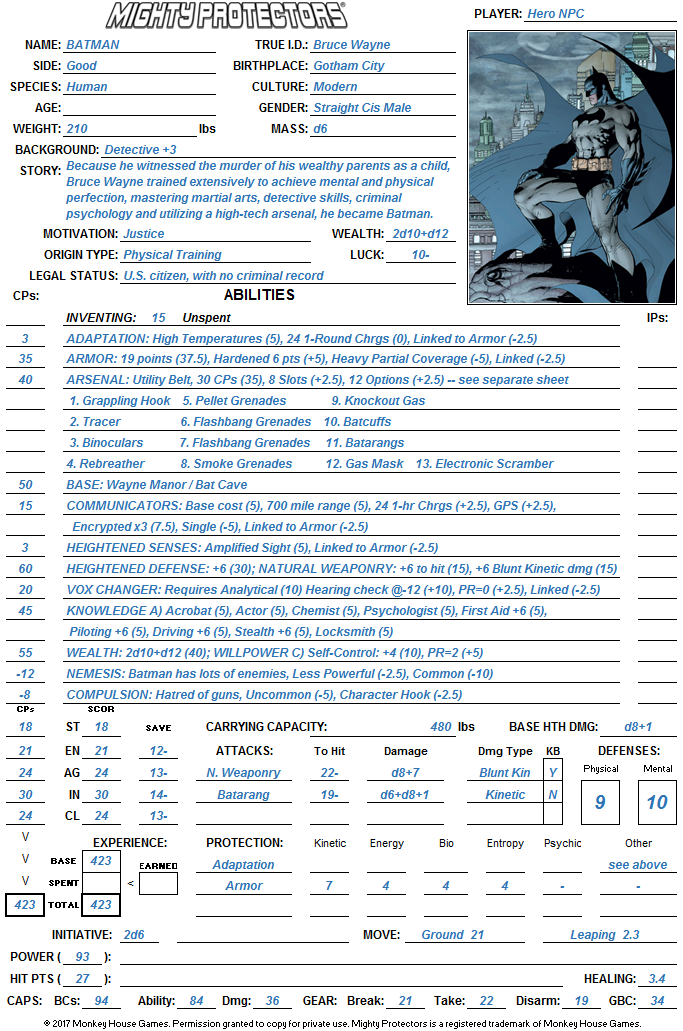 Note: the 2nd column says “Spell”. Ignore this typo; each slot is a device. Because Slot #4 is such a low CP ability, it could (and probably should) be “split” to allow for additional device slots. These lower CP slots could contain things like fingerprint detection, infrared beam detection, etc. 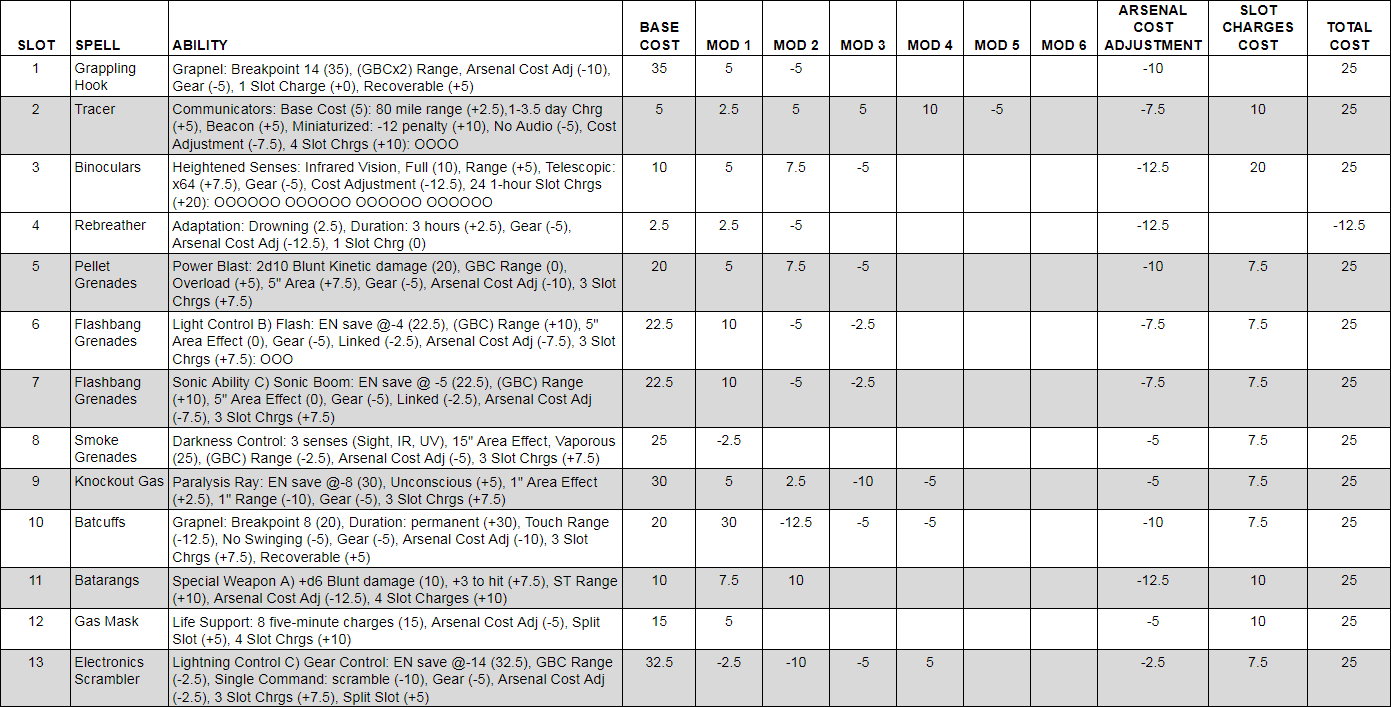 Notes: The “super-leap” ability a means of modeling the batmobile’s ejection seats. The integral Invulnerability to sharp kinetic damage is to make it “bullet-proof”. 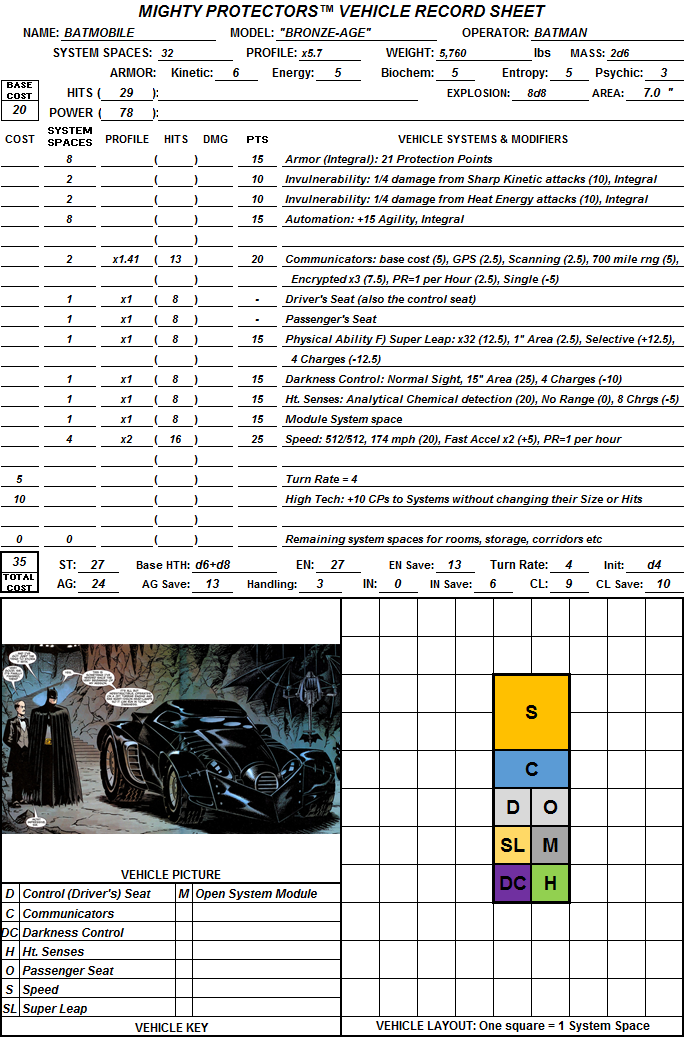 Batman is a trademark owned by DC Comics