Here’s my MP take on the Bronze Age version of Ghost Rider. He’s a tricky character to emulate…

I gave him Non-Corporealness to simulate his immunity to damage, and in most cases it works well. His body is solid, so he can’t walk through walls like the Vision, and although he can’t be harmed, he can be grabbed or otherwise physically affected.

I gave him Emotion Control to simulate his “cold hellfire” ability which is an area affect attack and causes its victims to writhe in pain, immobile, but after it ends they are seemingly unharmed.

I gave him Flame Blast to simulate his “hot hellfire” ability.

To simulate his motorcycle I used Speed with Water Running, Augmentation Gear, and Requires Activation modifiers. His bike can be physically affected, even destroyed, but he can also just re-create it using his hellfire.

Finally, note that Johnny’s motorcycle, the “real” one, has armor that protects him with Light Coverage, as he rides on top of it. 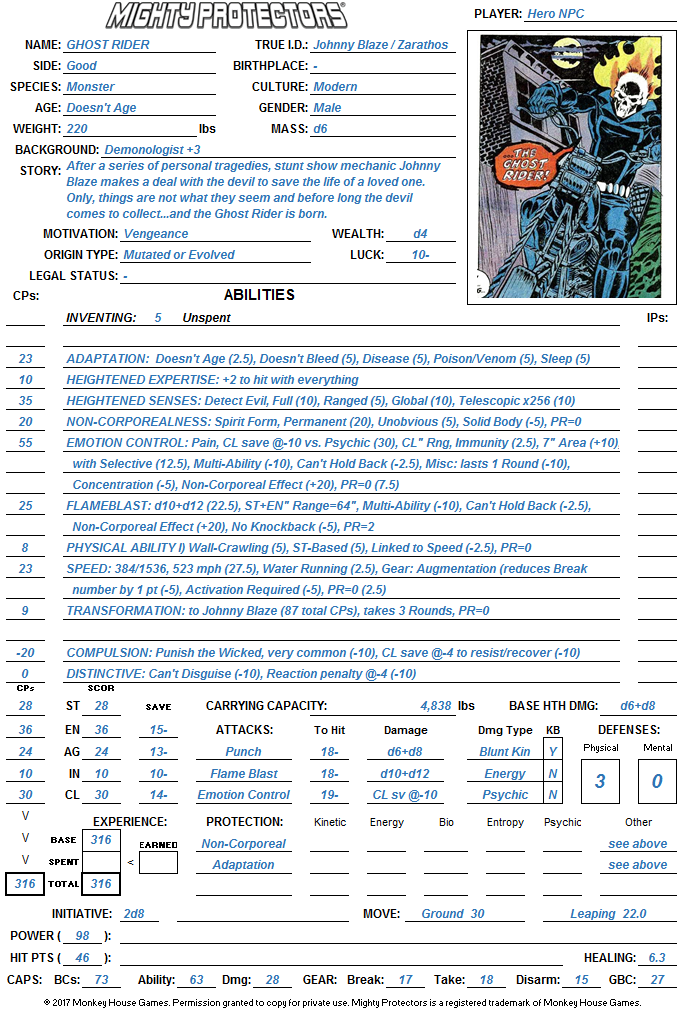 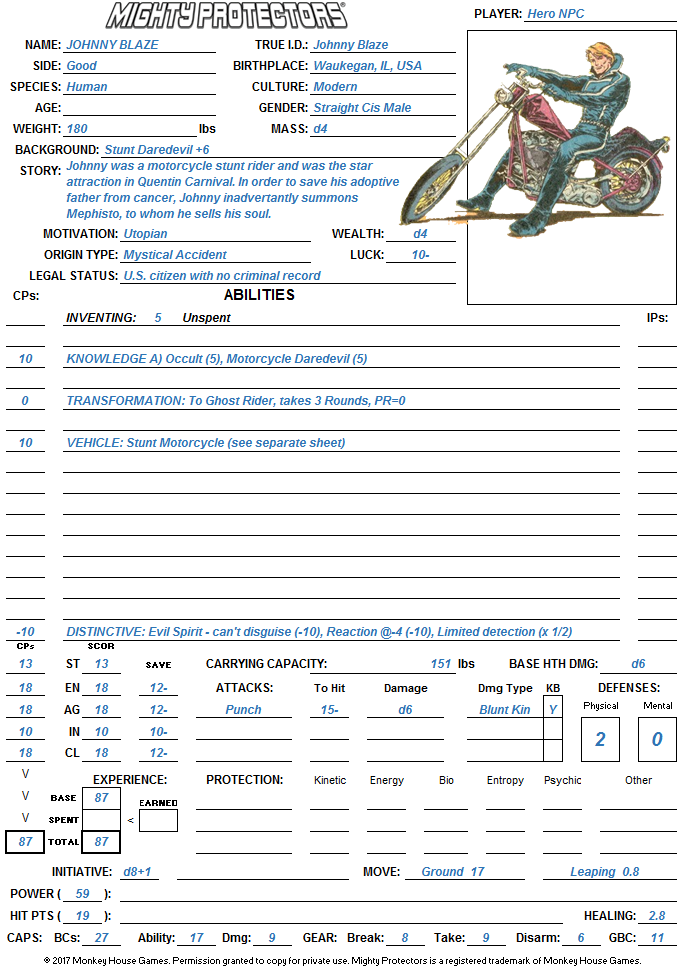 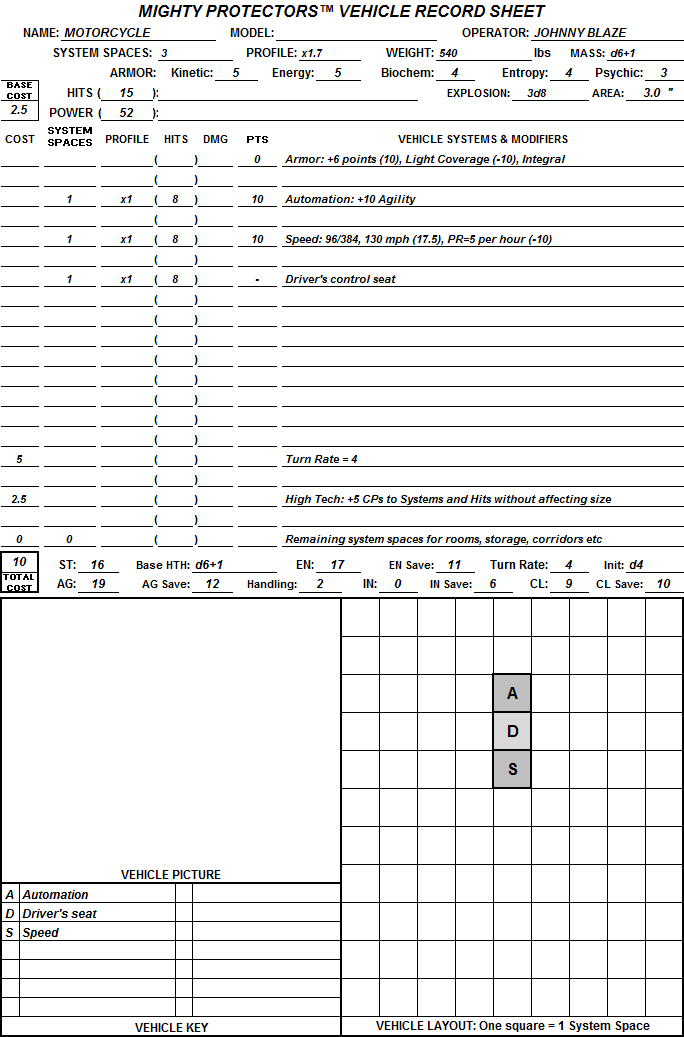