Here’s my Bronze Age, Mighty Protectors version of Blade, who is one of many anti-heroes with a supernatural origin that were created in the 70’s after the Comics Code Authority was changed to allow elements of horror and more mature themes.

His Special Requirement can be considered optional, as it occurred only after he was bitten by Morbius, the Living Vampire, and although it says ‘Asphyxiation’ that’s not really what happens but the effect of dying is the same (he would take 5 damage per Round, as if he were drowning).

Although I chose not to do so, it is not unreasonable to give Blade some CPs of Wealth and/or a base of operations via the Base ability. 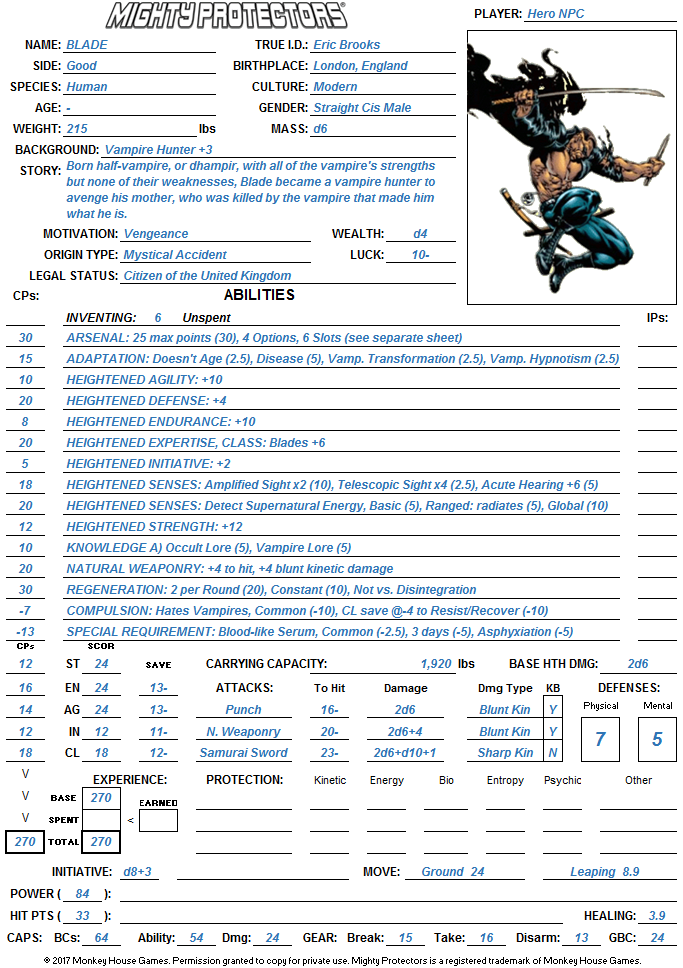 Blade is a trademark of Marvel Entertainment Group