Here’s my Bronze Age, Mighty Protectors write-up of the Valkyrie, a super-heroine who makes her debut in Defenders #4. Also in that issue, the Black Knight is turned to stone by the Enchantress. In order to save the knight’s horse from starving to death, Valkyrie “breaks” him, making him her own steed.

Initially, Valkyrie also uses the Black Knight’s Ebony Blade, but in the not-too-distant future, she acquires a new weapon — the Dragonfang. 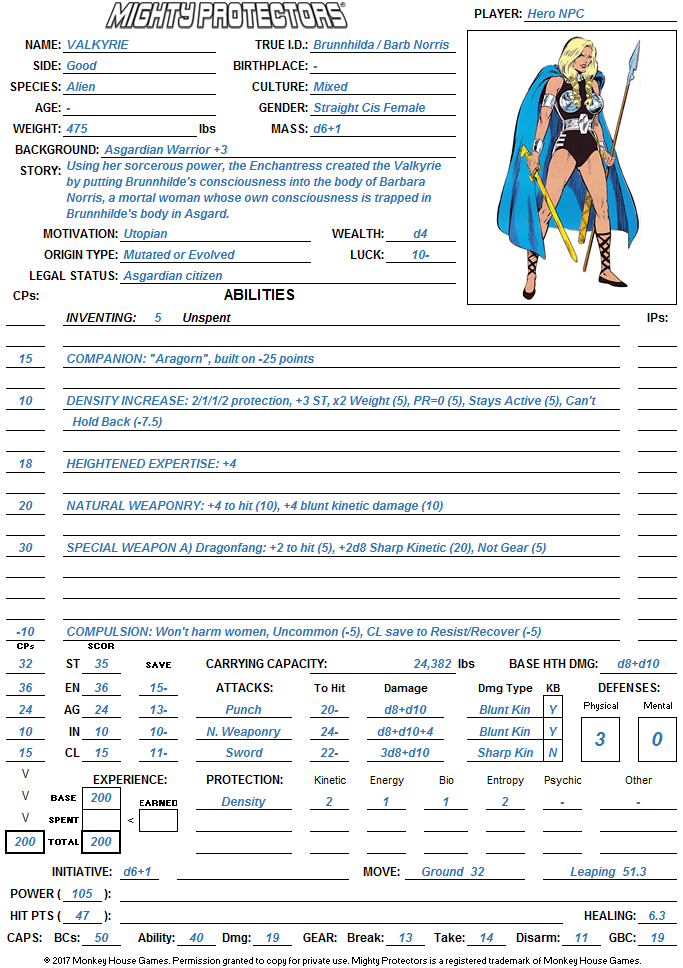 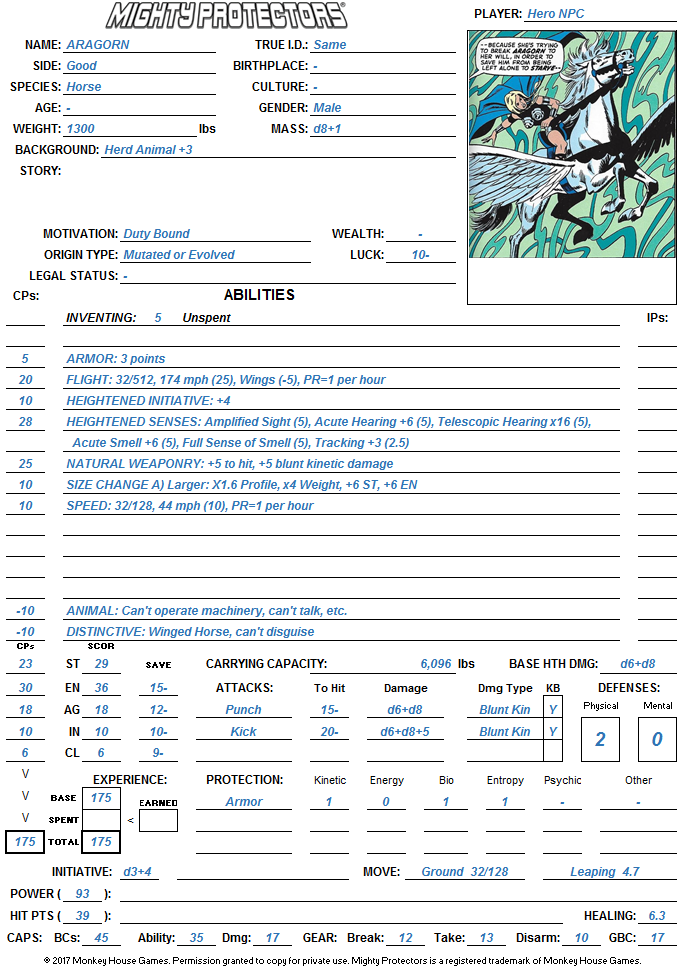 Valkyrie is a trademark owned by Marvel Entertainment