Here’s my Mighty Protectors write-up for Captain Marvel (whose name in the 1970’s is changed to Shazam). Because Comicvine has such an excellent page describing his origin, creators, character evolution, etc., I won’t go over any of that here.

What I will go over are why I chose certain Abilities for the write-up, detailed below:

Solomon — For his wisdom of Solomon, I felt that a massive amount of Cosmic Awareness and Mental Ability C) Translation: all human languages, work fairly well. I did not give him Mind Control as he rarely hypnotizes anyone.

Hercules — I gave him an 73 Strength to represent Hercules – the strongest of the gods. At 73, he’s the same strength that I gave to Superman.

Atlas — I gave him a 51 Endurance for his stamina of Atlas. I also made most of his Abilities cost 0 PR as his godly energies gives him an inexhaustible amount of endurance.

Zeus — The power of Zeus is hard to quantify but Adaptation and Dimensional Travel could certainly be two of these abilities.

Mercury — I gave him massive amounts of Flight and Speed, plus Super Speed, to represent the swiftest of the gods.

For his Transformation ability, I did something that is not in the rules… Because Captain Marvel is such a high CP character at 595 points, the default formula of 595/6 equals 99 CPs, which is more than I wanted to make Billy Batson. So what I did was subtract from the base 99 by reversing the standard formula where 1 CP = 4 CPs. So, for (-8) CPs that would reduce the base 99 by 32 CPs, giving Billy a total of 67 total CPs. 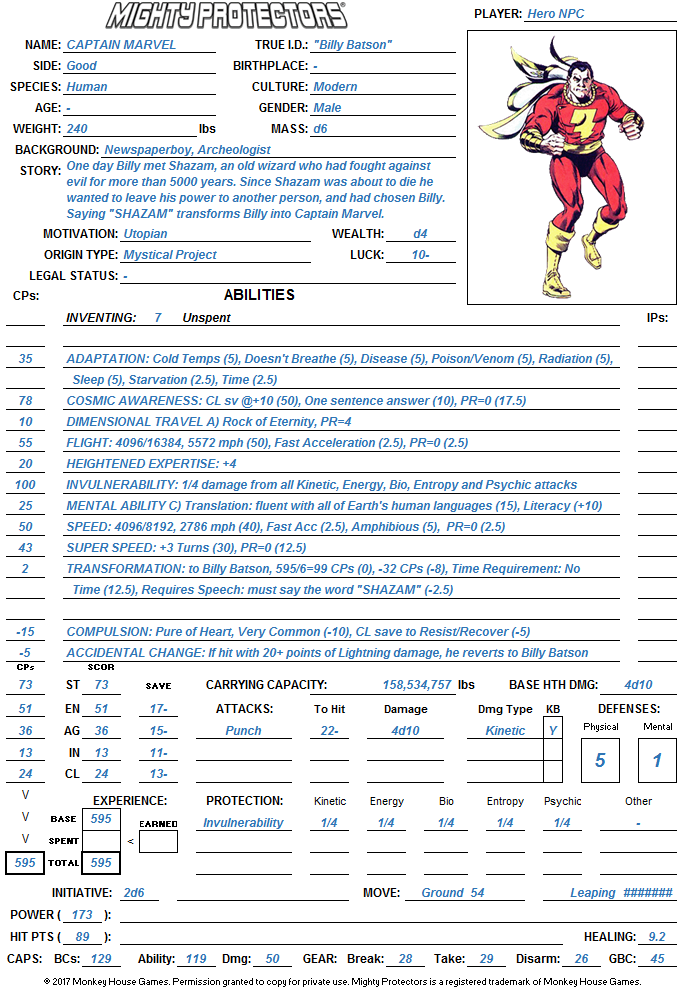 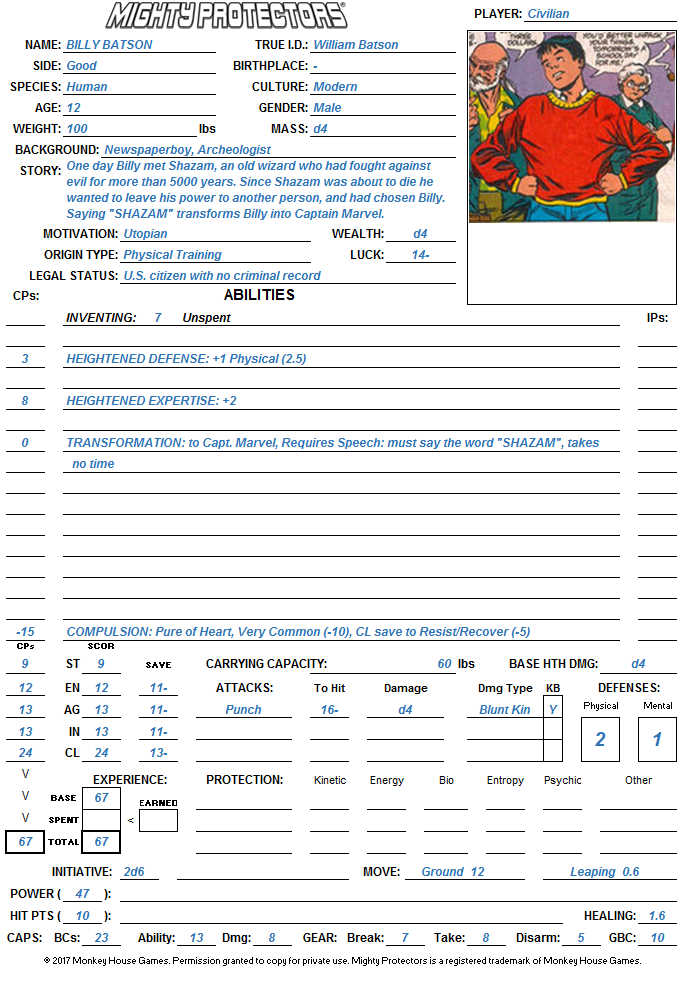 Billy Batson and Shazam are trademarks owned by DC Entertainment