Arkon the Imperion is an alien warrior and conqueror from the extra-dimensional planet Polemachus. He makes his first appearance in Avengers #76. For Mighty Protectors campaigns, he makes a good inter-dimensional warlord to throw against your PC heroes.

I made Arkon neutral because he’s been both a villain and a hero, depending upon the writer. He’s generally out for the benefit of his people and his world.

His “lightning bolt” weapons are a bit of a challenge to simulate. Originally, I used a Multi-Power construct for him, with each Ability having 1 charge, Field Reloading: full movement, and Gear modifiers. But that wasn’t quite right: it didn’t really reflect his quiver and, according to canon, he didn’t have an unlimited supply of these things… so I opted to use Arsenal instead. 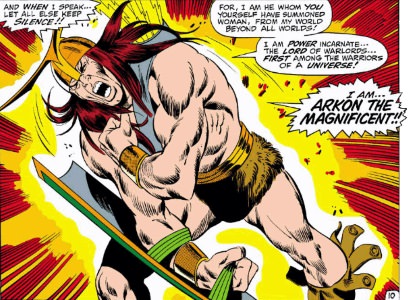 Arkon’s Arsenal is a quiver that he wears on his back, making it Mobile, but it’s also Gear, as it can be taken away or damaged, and his “lightning bolts” are also gear as they can be taken, broken, or disarmed while he is holding them. Normally it takes 5 minutes to change an Arsenal slot but for Arkon I reduced this to a single Phase (either an Action or his full movement). Lastly, according to canon, he has 18 of each “bolt,” but Mighty Protectors doesn’t have “18 charges”. I went with 12 charges instead for each damage bolt, and 3 charges for the dimensional travel ability.

Arkon is pretty tough and with a good damage roll, his 3d10 area effect Power Blast could be devastating to a group of heroes. In general, he should only be used against a large number of Standard Power Level heroes or players who are optimized for combat. He would even be a challenge for several High power heroes.

Lastly, should the need arise, Arkon can use his shield to bash opponents, gaining a +2 to hit and if hit point damage is done the target must make an AG save or fall prone. You can read about Shield Bash in Section 4.14.10 (p. 117) of the Mighty Protectors rule book. 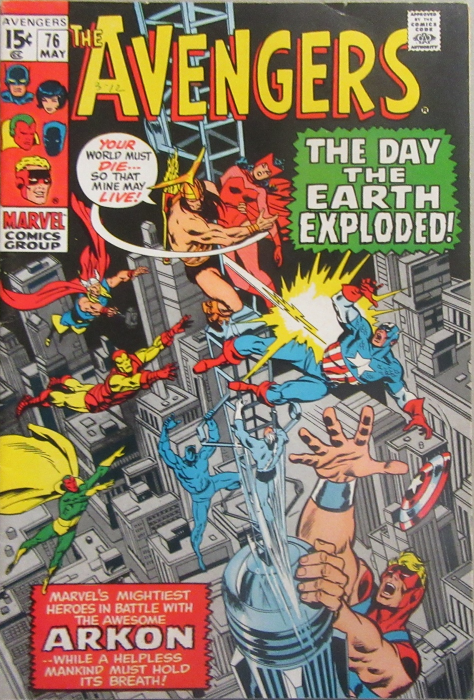 Arkon is a trademark owned by Marvel Entertainment Group and is used for commentary purposes only under the Fair Use Act.