Here’s my Mighty Protectors take on three late-Bronze-Age, Super-Powered, Russian-based characters: Darkstar, Ursa Major, and Vanguard. I say characters because they have been portrayed as both heroes and villains, and I left their “Side” blank because of this.

All three are mutants and “not the first mutants born in Russia but the first to survive the Stalinist suspicion of the Soviet State Appartus.” They make their debut in Hulk #258. Here is the link to Ursa Major’s Human Form. 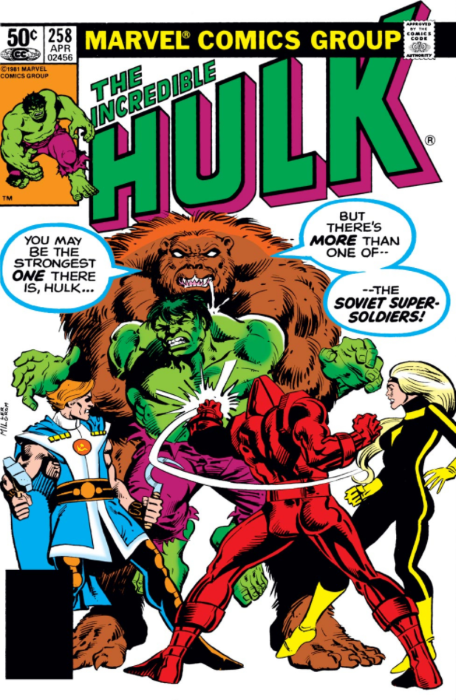 Darkstar, Hulk, Ursa Major, and Vanguard are trademarks owned by Marvel Entertainment. Use  of these trademarks is for commentary purposes only and is used under the Fair Use Act.