In 1975, Giant-Sized X-Men #1 came out and the “new” X-Men team was born. It was written by Len Wein and illustrated by Dave Cockrum. Several of these characters, most prominently Wolverine, would go on to become hugely popular in the ensuing decades.

Below are my Mighty Protectors versions of these heroes, simulating their stats and abilities as they existed in Giant-Sized X-Men #1 and shortly after that point in the regular series.

I should note that I used Marvel Super Hero write-ups as the basis for these characters, using my own translation rules. I wasn’t intending for them to come out around 150 CPs… that just kind of happened. I did poke and prod them a bit in places as well as scrimping on Endurance for some of these characters, like Storm, as I don’t recall them being all that hard to incapacitate in those bronze age X-Men issues.

Also note that some, if not all, of the text in the characters’ “story” section, is cribbed from existing descriptions found on the internet. I think everyone knows these characters pretty well… plus, I can be lazy. 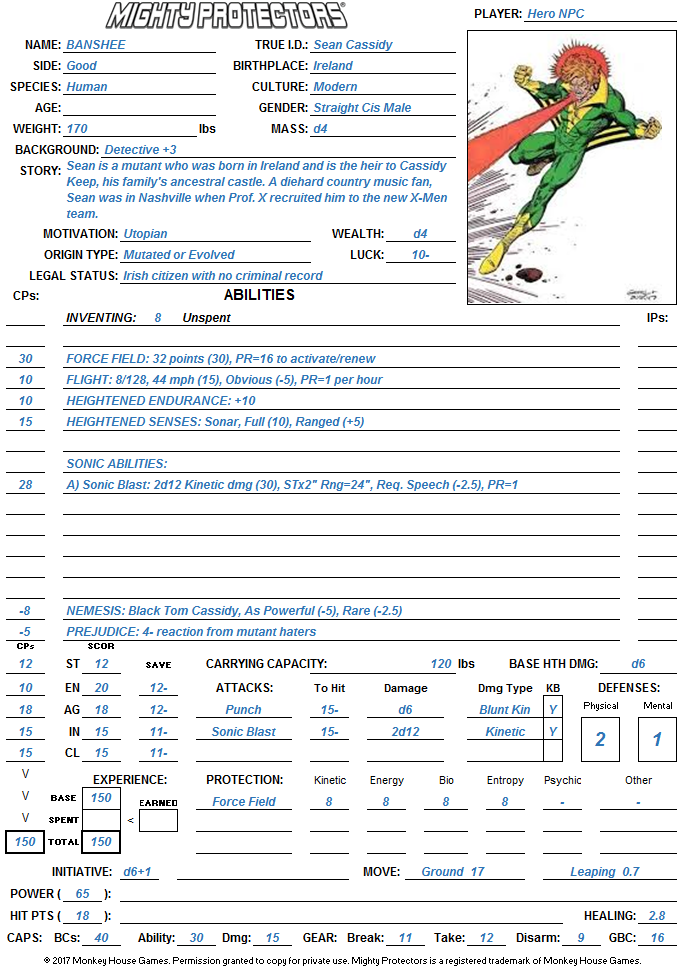 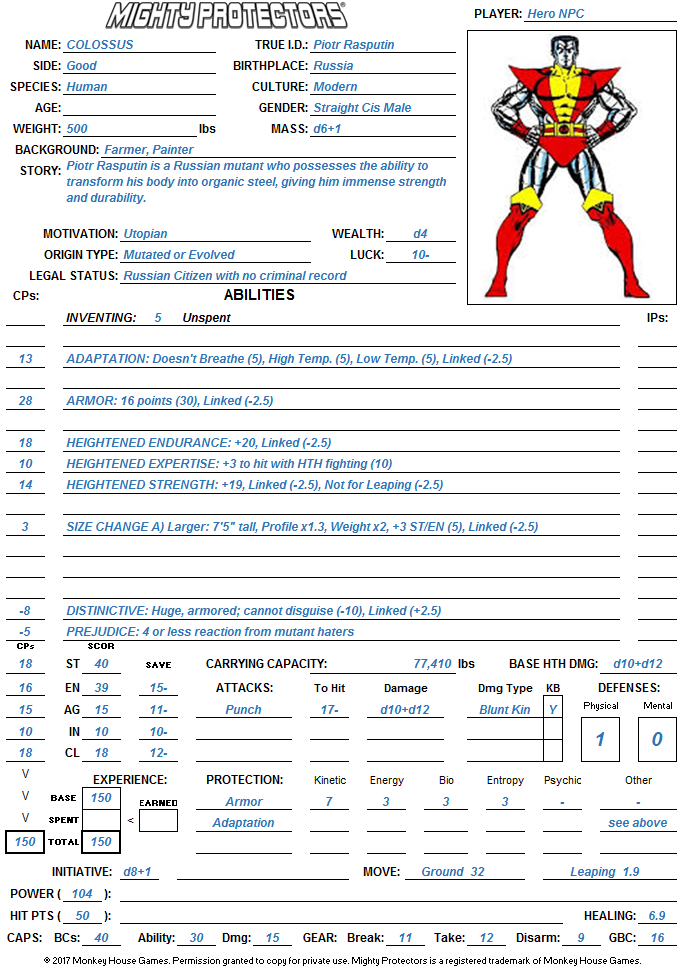 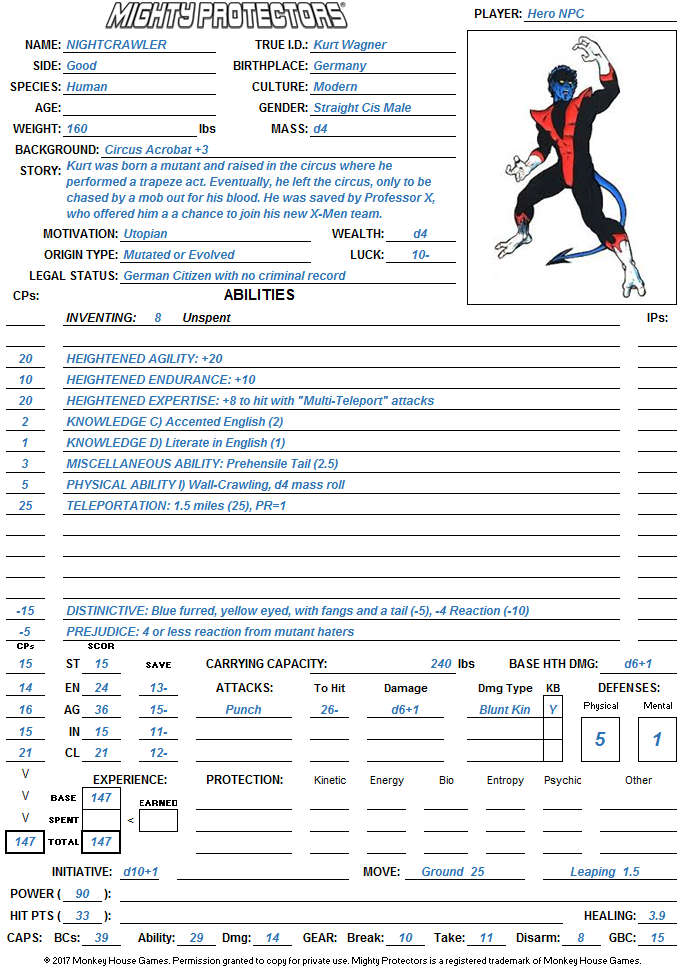 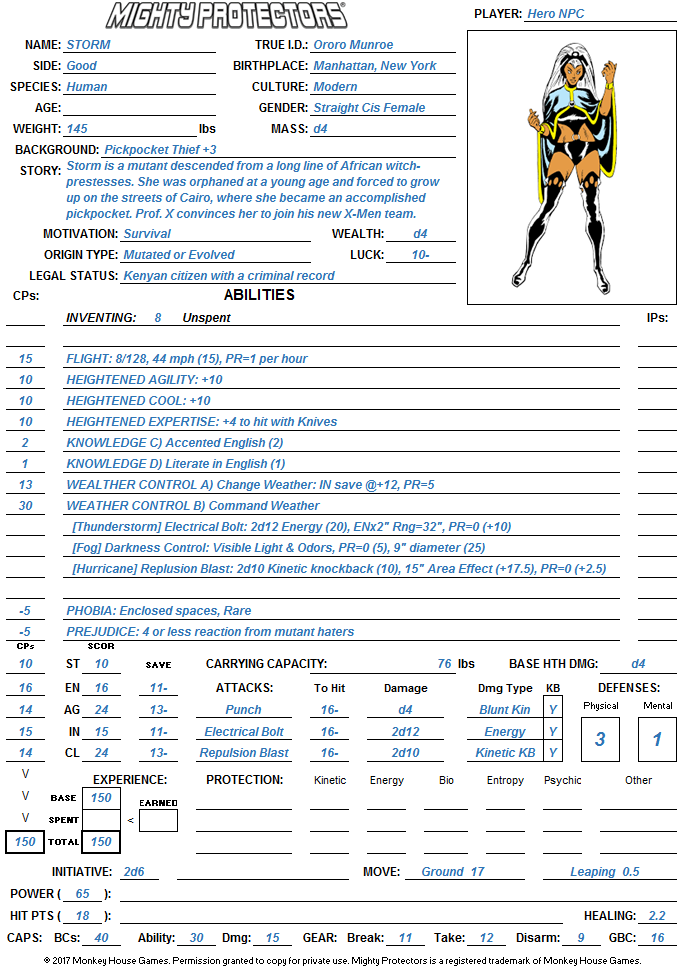 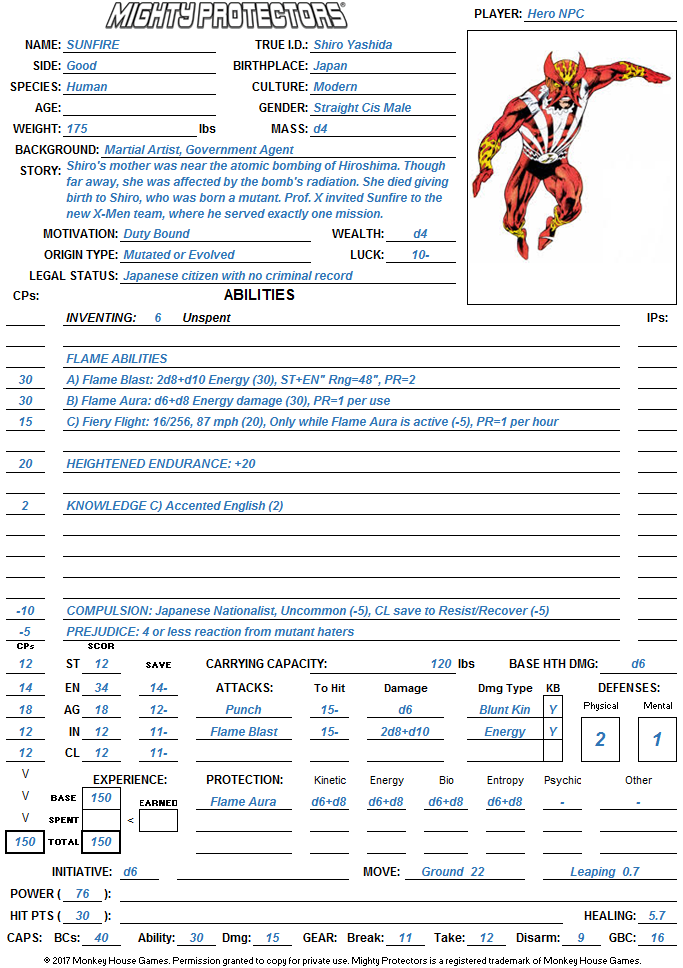 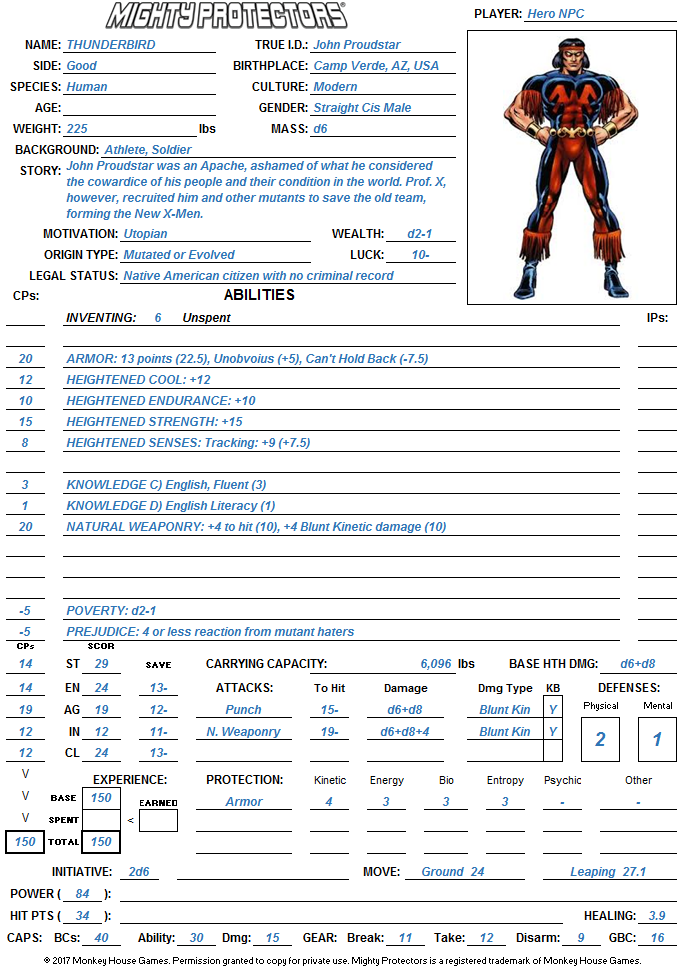 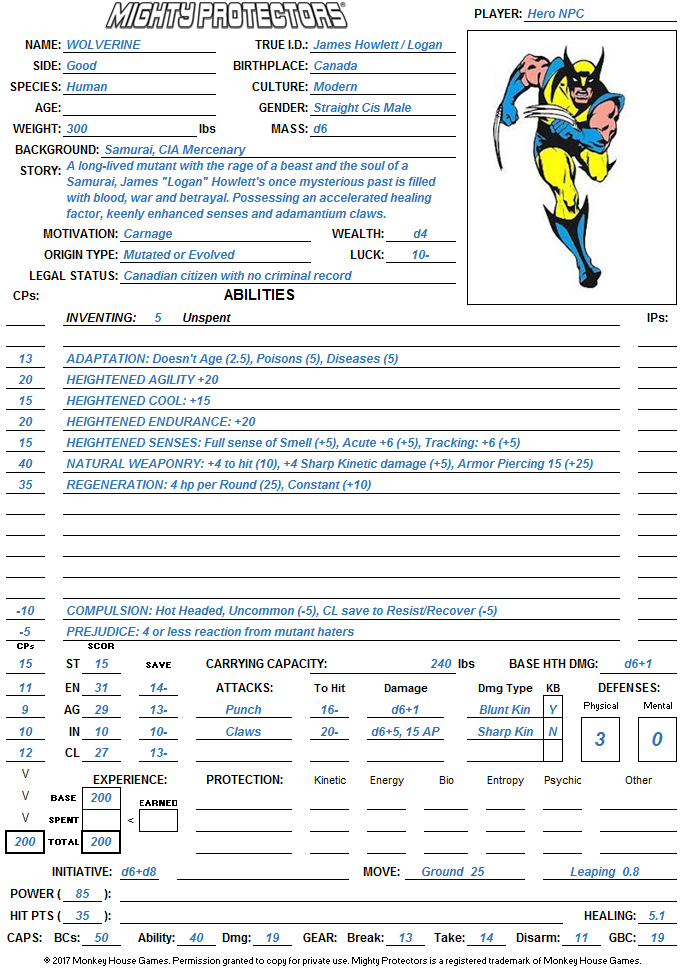