For my write-ups of Crimson Dynamo and Radioactive Man, I used the Arsenal Ability as a means of keeping the cost down, and technically speaking it’s a little too high on both characters as its total CPs exceeds the Ability Cap… although not by much. If anything, the individual abilities in each Arsenal is under-powered, but without using it, the characters would be between 300-400 CPs — which is more than I wanted to make them. Also, note that Radioactive Man never uses more than 8 slots of his 12 slot Arsenal and  unlike the comics where Crimson Dynamo has full use of all his Abilities at all times, if used in a Mighty Protectors game, the GM must pick 8 of his 12 arsenal slots. 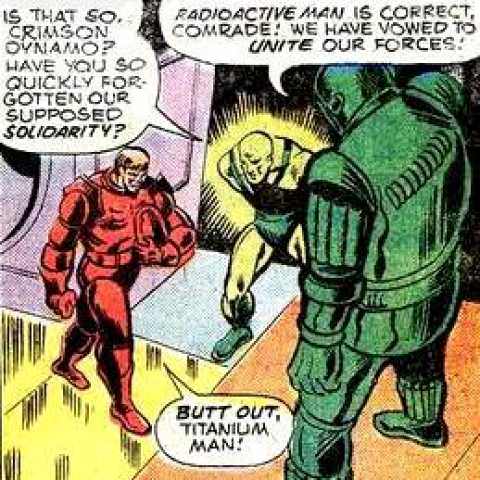 Crimson Dynamo, Radioactive Man, and Titanium Man are trademarks owned by Marvel Entertainment Group. Use  of these trademarks is for commentary purposes only and is used under the Fair Use Act.