There are two categories of Radiation Abilities:

The character can generate blasts of Radiation. This is a physical Energy damage attack, with the damage sub-type being radiation. The specific type of damage is left up to the player; it could be: atomic radiation, cosmic rays, nuclear fission, or something similar. Radiation Blast has a range of EN”, has a PR cost of 2 per use, and does not cause knockback. This is a Voluntary Ability.

Radiation  Blast causes two types of damage: Energy damage (like Power Blast) and an Endurance drain (like Siphon). If the target loses EN, his maximum Power and Hit Points must be re-figured. The effects of the EN drain fade after one hour. 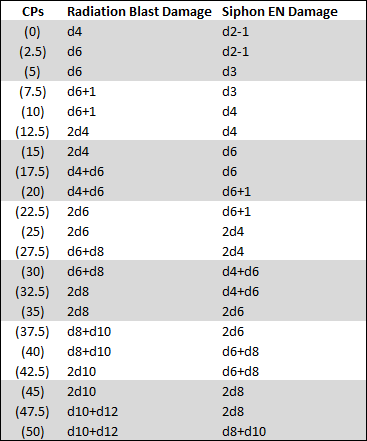 The character can surround themself with a Radiation Ability Field (see section 2.2.4 of the MP rules). It takes an Action to activate the Radiation Aura and PR = 2 per use (whether it is for defense, an attack, or one round of passive damage). This is a Voluntary Ability. 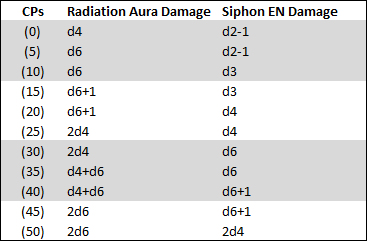 The featured image is copyright by DC Comics. No challenge to the copyright or trademark is intended.