Here’s my Mighty Protectors take on the bronze-age version of the Son of Satan! In creating his abilities, I made extensive use of the Multi-Ability modifier to simulate his large number of spells. Also, many of his abilities have the Gear: Augmentation modifier; this means that while using his staff his abilities are more powerful. Should he lose the staff, he can still use the ability, although at 5 less CPs.

Note that his trident can be taken away or disarmed but it cannot be broken, as it is made of an otherworldly material.

Also please note that he has a psychic bond with the mind of his horses (i.e., his chariot vehicle), who are usually somewhere in the depths of Hell, but when summoned will dimensionally travel to Earth at their master’s call. 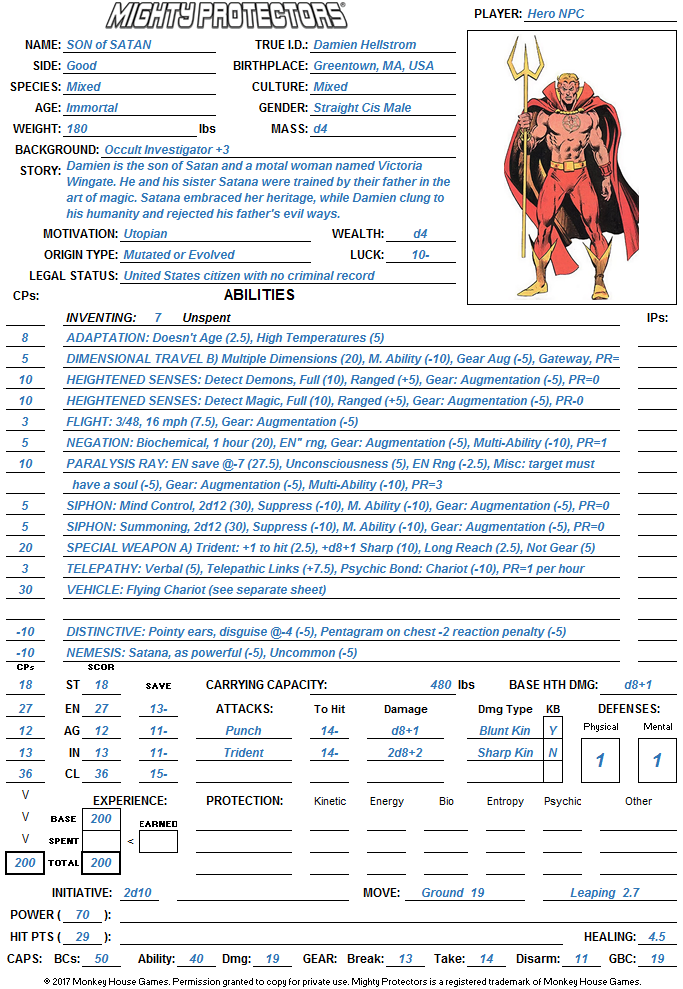 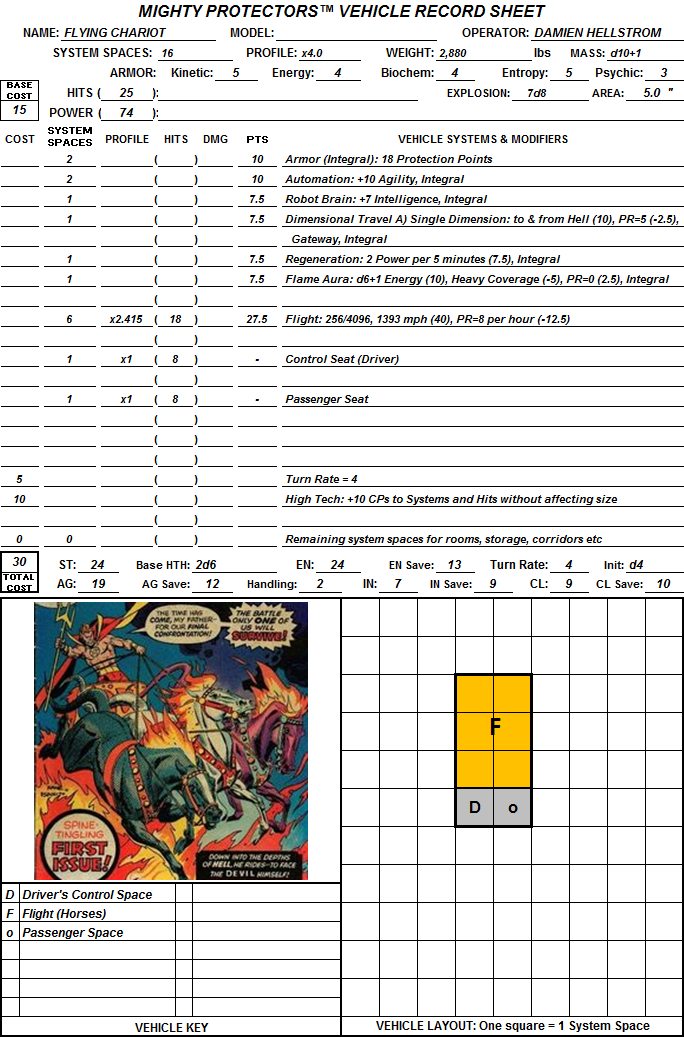 Son of Satan is a trademark owned by Marvel Entertainment Group